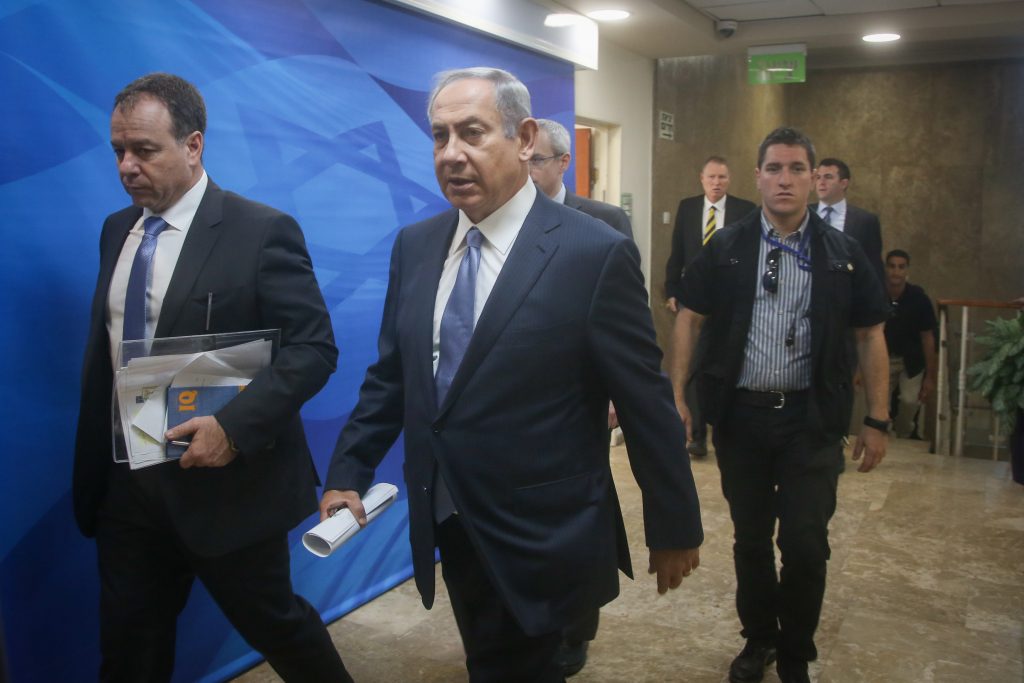 Prime Minister Binyamin Netanyahu says that American support for Israel will remain strong regardless of who is elected president in November.

Netanyahu told his Cabinet Tuesday about his meeting in New York with both presidential candidates, Hillary Clinton and Donald Trump, and relayed their strong words of support for Israel. The prime minister was in the United States to address the U.N. General Assembly.

Netanyahu was accused by some of siding with Republican candidate Mitt Romney in the 2012 election and he has been careful this time to refrain from appearing to favor one candidate over the other.

Netanyahu also said that his recent trip to the U.N. highlighted an “unprecedented blooming” of Israeli international relations. He says this shift will end the absurdity of the “double standard” against Israel.

The prime minister says the days when the United Nations “automatically votes against Israel” are numbered.

Israel is often vastly outnumbered at the U.N. and claims to be singled out by nations seeking to curry favor with its Arab adversaries.

Netanyahu says Israel’s strengthening ties with African nations is the key to its improved standing. The prime minister recently visited Africa and encouraged his Cabinet ministers to do the same as part of the strategy of forging these new alliances and breaking a traditionally pro-Palestinian voting bloc. Netanyahu said this will blunt Palestinian diplomatic initiatives against Israel at the U.N.