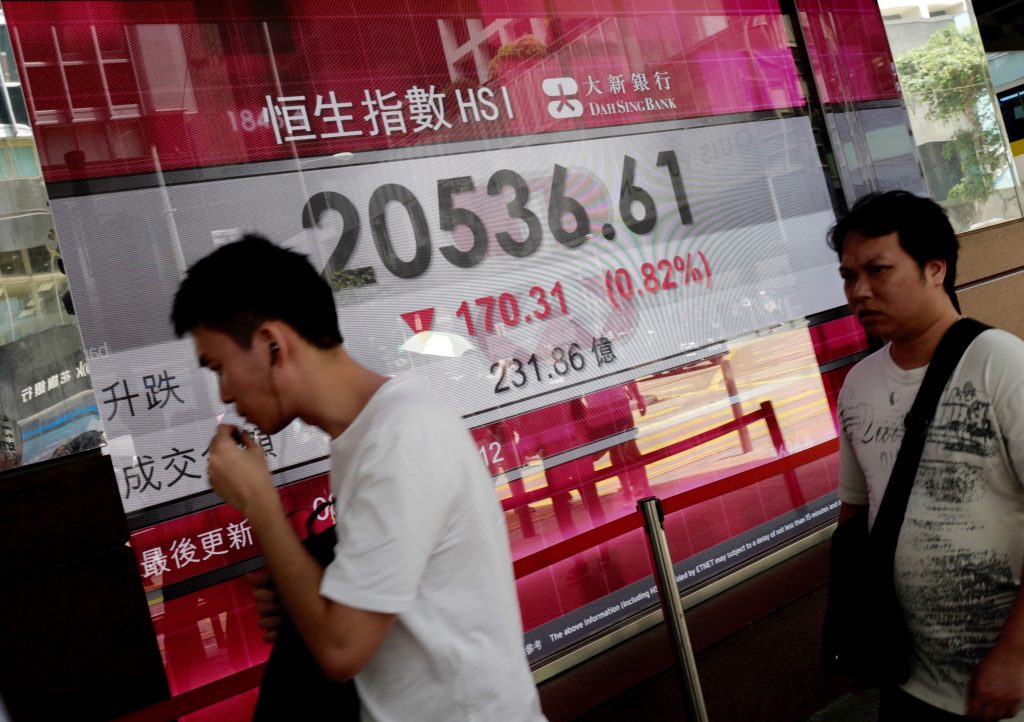 Asian stocks recovered from an early bout of nerves while the Mexican peso surged on Tuesday as investors awarded the first presidential debate to Democrat Hillary Clinton over Republican Donald Trump.

Markets have tended to see Clinton as the candidate of the status quo, while few are sure what a Trump presidency might mean for U.S. foreign policy, international trade deals or the domestic economy.

Opinion polls have shown the two candidates in a very tight race, with the latest Reuters/Ipsos polling showing Clinton ahead by 4 percentage points, with 41 percent of likely voters.

EMini futures for the S&P 500 recovered to gain 0.6 percent, an unusually energetic move for Asian hours. The reaction in Europe was much the same, with euro STOXX 50 futures up 0.7 percent.

“Markets started to call the debate for Hillary within the first 15 minutes or so, with the Mexican peso surging in what is probably its busiest Asian session in years,” said Sean Callow, a senior currency analyst at Westpac in Sydney.

“The bounce in S&P futures, AUD and USD/JPY all show that investors were watching closely and didn’t hesitate to declare Trump the loser.”

The dollar sank 1.7 percent on the peso, lifting the peso from an all-time trough hit in recent days on concerns that a Trump presidency would threaten Mexico’s exports to the United States, its single biggest market.

“If you want to know who won the presidential debate, don’t go to Twitter or Facebook. Just look at the dollar/Mexico peso.”

Much the same goes for the Canadian dollar, which touched its lowest since March in early trade before rallying to $1.3171 on its U.S. counterpart.

Other safe-havens ebbed, with yields on U.S. 10-year Treasuries rising a basis point to 1.60 percent.

Online betting companies in Australia shortened the odds on a Clinton win in the wake of the debate, leaving her as the clear favorite among punters.

A CNN poll of viewers, which the broadcaster noted was likely skewed somewhat to Democrats, showed that 62 percent thought Clinton won the debate with 27 percent for Trump.

In commodity markets, oil consolidated its gains, having bounced 3 percent on Monday as the world’s largest producers gathered in Algeria to discuss ways to tackle a glut of crude that has battered prices for two years now.