Poll: Debates to Help Half of Voters Decide Between Clinton, Trump 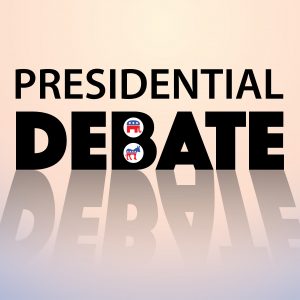 Half of America’s likely voters will rely on the presidential debates to help them make their choice between Republican Donald Trump and Democrat Hillary Clinton in the Nov. 8 election, according to a Reuters/Ipsos poll released on Monday.

The results show the stakes for the White House rivals as they prepare to face off on Monday at Hofstra University in Long Island, New York, for their first of three one-on-one debates, a prime-time media spectacle expected to draw a huge audience of 100 million Americans.

Some 50 percent of likely voters think the debates will help inform their decision of whom to support, including 10 percent who say they are not currently leaning either way, according to the opinion poll.

In a strong signal that most viewers also hope the debates will bring clarity, some 72 percent of respondents said they want to see moderators point out when a candidate says something that is untrue. That included 73 percent of people who identified themselves as Trump supporters and 82 percent of those who said they back Clinton, according to the results.

Clinton had seen her popularity dip in recent weeks after more questions arose about her family foundation and the use of a private email server while she was secretary of state.

Many voters are hoping to see a relatively civilized debate, after months of mutual attacks between Trump and Clinton on the campaign trail. Trump has called for Clinton to be jailed for her handling of emails as America’s top diplomat. Clinton has accused Trump of racism and of being temperamentally unfit for the Oval Office.

Of those polled, 61 percent said they are not interested in those kinds of attacks.

“Quit picking on each other,” said Lisa Miller, 48, of St. Louis, Missouri. “This isn’t a playground. Grow up and talk about your plan.”

A plurality of likely voters want to hear both Clinton and Trump talk about jobs and the economy, the poll found.

“I’ll tell you, with Donald Trump I want to see that he has rational answers to questions without name calling,” said Harvey Leven, 63, a teacher from Farmington Hills, Michigan. “I want to try to get beyond the political hocus-pocus that both of them are doing and try to see who they really are.”

The Reuters/Ipsos poll was conducted online in English in all 50 states. It included 2,124 American adults, including 1,337 people who were deemed to be likely voters due to their voting history, registration status and stated intention to show up on Election Day. The poll has a credibility interval, a measure of accuracy, of 2 percentage points for all respondents and 3 percentage points for likely voters.