Israel Netanyahu: Meetings With Candidates Is Not ‘Interference’ in U.S. Politics
Israel 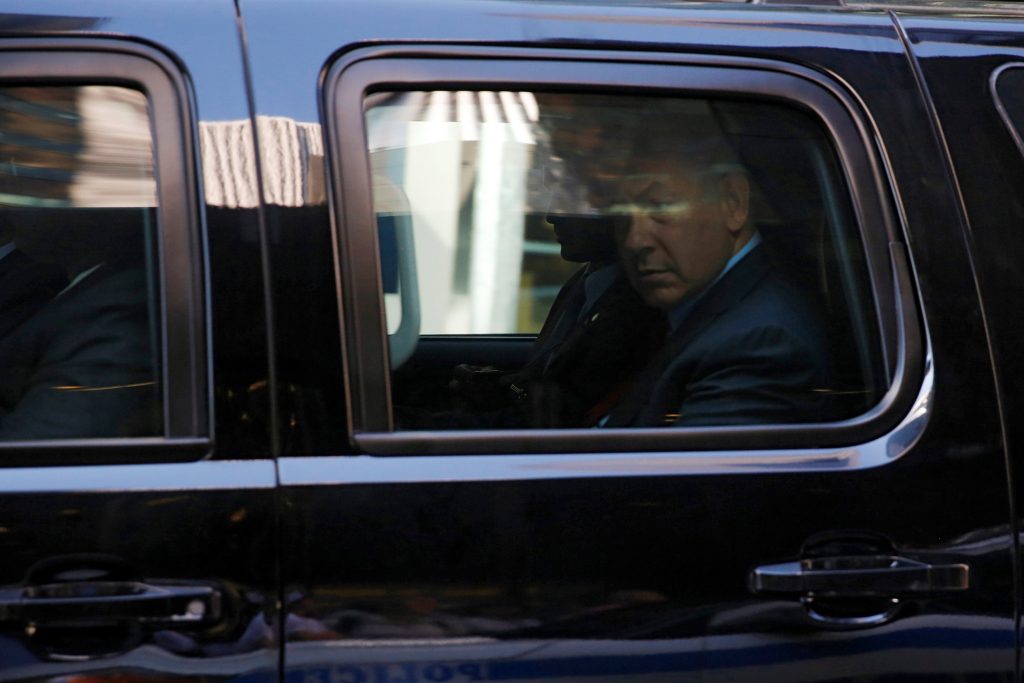 In an interview with Army Radio Sunday night before his meetings with Democratic and Republican aspirants to the White House, Hillary Clinton and Donald Trump, Prime Minister Binyamin Netanyahu said that  “it is important that Israelis know that whoever wins, we will have a friend in the White House. It is important for all of us, I would think, that the Israeli prime minister would be in touch with both these candidates.”

The meetings, Netanyahu’s office said after the events, were successful. Netanyahu met with Trump for about 90 minutes, discussing the peace process, the Syrian civil war, and the Iran threat. In a statement, the Trump campaign said that the candidate and the Prime Minister agreed “that the Israeli people want a just and lasting peace with their neighbors, but that peace will only come when the Palestinians renounce hatred and violence and accept Israel as a Jewish State.” In addition, “Mr. Trump acknowledged that Jerusalem has been the eternal capital of the Jewish People for over 3,000 years, and that the United States, under a Trump administration, will finally accept the long-standing Congressional mandate to recognize Jerusalem as the undivided capital of the State of Israel.”

Netanyahu met later in the day with Clinton, discussing the same issues. A senior Clinton campaign aide quoted by Haaretz said that the two “discussed ways to strengthen the defense and intelligence relationship and work closely with Israel and to ensure Israel’s Qualitative Military Edge.” Clinton, said the report, “reaffirmed her commitment to work toward a two-state solution of the Israeli-Palestinian conflict, negotiated directly by the parties, that guarantees Israel’s future as a secure and democratic Jewish state with recognized borders and provides the Palestinians with independence, sovereignty, and dignity. “In addition, “Secretary Clinton reaffirmed her opposition to any attempt by outside parties to impose a solution, including by the U.N. Security Council.”

Speaking to Army Radio, Netanyahu said that he would speak with the two “about our relationship, which was enhanced last week by the new aid package, but I would also inform them about the dangers in our region, and how we can take advantage of the changes in the Arab world to advance the peace process.” When asked if the meetings did not constitute undue “interference” in the American political process, the Prime Minister said that “I did not in the past interfere in American politics and I did not do so now. It is important to meet and speak with both of them about our relationship. That there are people who will turn over stones to criticize these meetings, that does not bother me, I am used to it.”

Netanyahu also commented on the media brouhaha surrounding his alleged equating of the suffering of the family of IDF soldier Elior Azaria with the suffering of fallen IDF soldiers. Netanyahu again said that the comments he made in the interview aired on Channel Two were taken out of context. “There was no intention to equate the two things,” Netanyahu said. “I will admit that what I said in the interview was not the most successful way to express what I meant, so if anyone took offense I apologize.

“But for a newspaper – Yediot Achronot – to make a front page story out of this, a story consisting of evil and lies, is terrible. I did not intend to make the equation, but they did intend to defend me. There is no justification for this. It is no longer a newspaper, it is Pravda,” he said, referring to the Soviet-era government mouthpiece. When asked about the criticism of Ehud Barak about his comments and his policies in general, Netanyahu facetiously said, “you have to look at the source – Israel’s most ‘successful’ prime minister, who after barely a year in office was thrown out not only by the electorate, but by his own party and voters. He would do best to remain silent.”