Israel Bennett: Now Is the Time for Annexation
Israel 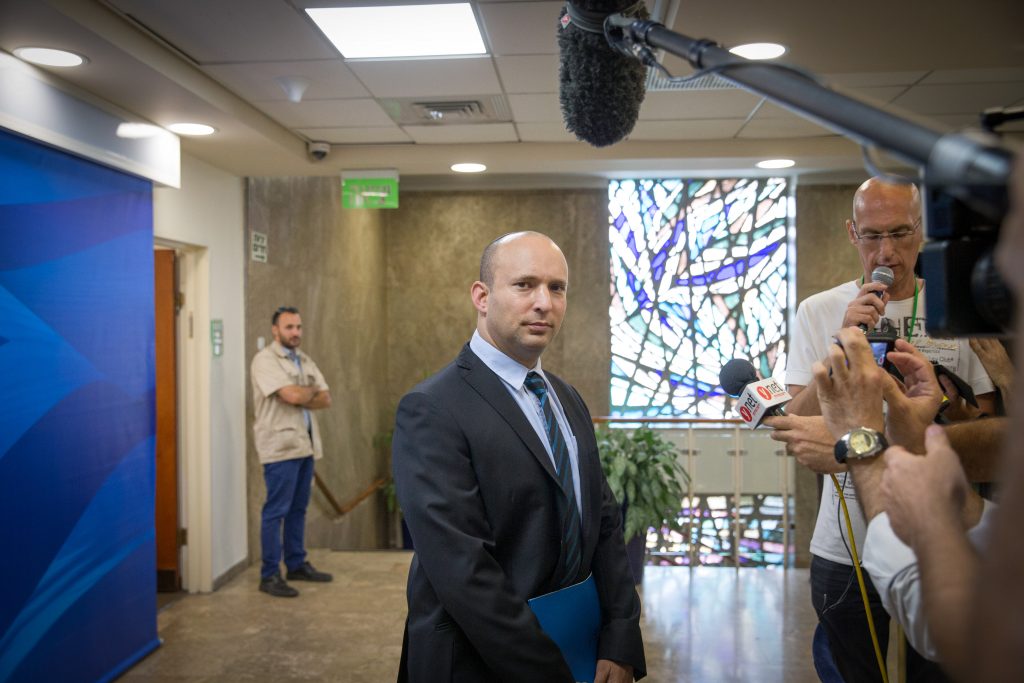 Education Minister Naftali Bennett (chairman, Jewish Home) urged annexation of key communities in Yehudah and Shomron on Monday, saying that the elections in the U.S. make for an opportune time.

“I see this as a period of opportunity to take action with regard to the future of Yehudah and Shomron,” Bennett told Israel Radio.

“We should impose Israeli law on [communities] like Maaleh Adumim, Ariel, Gush Etzion and Ofra,” he said.

Bennett said annexation should go forward regardless of who the next president turns out to be.

It would be a “massive mistake” to create a Palestinian state along the pre-1967 lines, with minor land swaps, Bennett said. It’s “no secret,” he said, that this is his position, which he has stated publicly many times.

He called on Prime Minister Netanyahu to rescind his 2009 Bar-Ilan speech he which he accepted the principle of two states for two peoples.

“If it was up to me, I would deliver a speech, Bar-Ilan 2, in which I would say, let’s not create a Palestinian state here,” Bennett said.

“We have a political chance to get out of this hole into which we have climbed, we should be stuck for so many years in this dead end called building a Palestinian state on territory that is belongs to Israel,” Bennett said.

Netanyahu has consistently opposed such annexation, and only recently reaffirmed his support for the two-state solution.