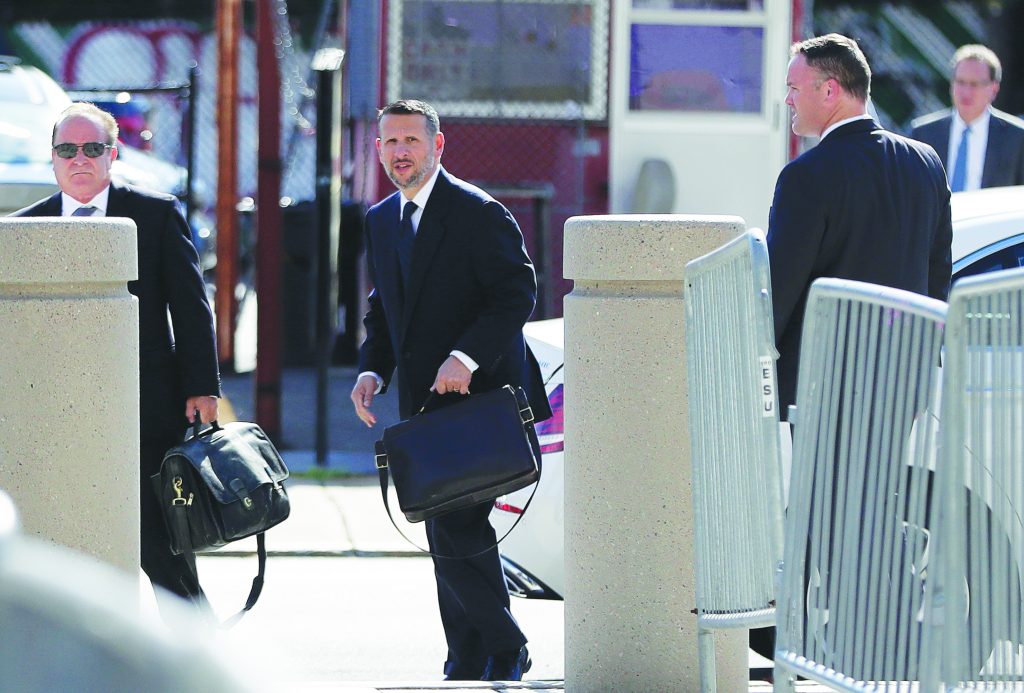 Among those directly involved in the effort or aware of it were Bridget Kelly and Bill Baroni, who are accused of creating traffic gridlock at the George Washington Bridge in 2013 to punish one of those mayors for not endorsing Christie, according to David Wildstein’s testimony.

Wildstein said Christie and his former campaign manager, Bill Stepien, were among those who discussed the strategy at a meeting about Christie’s 2013 re-election.

Wildstein has pleaded guilty in the scheme to tie up traffic at the bridge.

Baroni was Wildstein’s boss at the Port Authority, the agency that operates the bridges, airports and other facilities, including the World Trade Center. Kelly was Christie’s deputy chief of staff and headed an office responsible for outreach to county and municipal officials.

The favors doled out to towns and local officials included grants, emergency response equipment, private tours of the World Trade Center redevelopment site and pieces of steel salvaged from the destroyed twin towers, Wildstein said. A former Christie campaign staffer testified Kelly’s office kept a spreadsheet noting what favors mayors had received and, on a scale from 1 to 10, their likelihood of endorsing Christie.

While the Port Authority would provide the benefits, Wildstein testified, the governor’s office would control the process and take most of the credit in its quest to curry favor with politicians from whom it sought endorsements.

During testimony earlier Friday, former Christie campaign staffer Matt Mowers said Christie wrote a letter to the Port Authority supporting the purchase of commuter shuttle buses that Democratic Fort Lee Mayor Mark Sokolich had requested. Sokolich eventually declined to endorse Christie in 2013 and was the target of the lane-closing scheme.

Mowers, who now works for Trump, also testified he told Kelly about Sokolich’s decision on Aug. 12, 2013, the day before Kelly sent an email to Wildstein saying, “Time for some traffic problems in Fort Lee.”

Kelly has said her emails were meant to be sarcastic.

Wildstein, at the beginning of his testimony, said he and Baroni often talked of the “one-constituent rule,” referring to Christie as the only constituent they needed to serve.

Wildstein and Christie attended high school together, and Wildstein was hired by the Port Authority to a position created for him.

Port Authority Executive Director Patrick Foye testified Wildstein was universally hated at the agency but was “protected” by Christie, but Christie has denied the two had a close relationship.

During opening statements, prosecutors said Wildstein will testify he bragged to Christie about the lane closures on the third day of the four-day shutdown. Christie’s office has pointed to a statement he gave in 2014, denying he knew about the plot while it was ongoing.