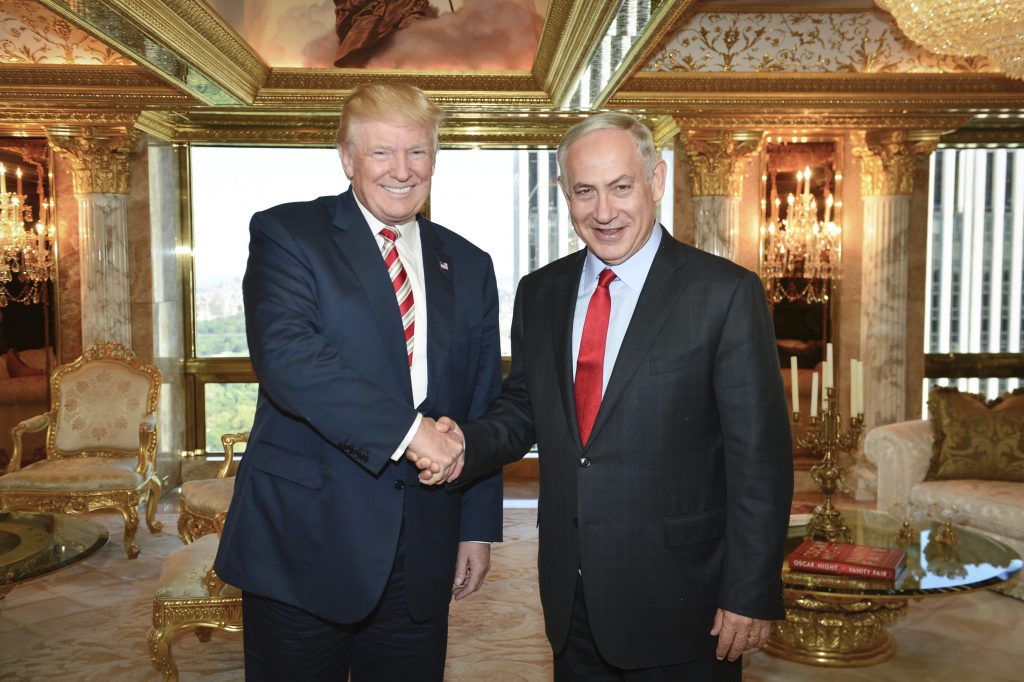 Republican presidential nominee Donald Trump pledged to Israeli Prime Minister Binyamin Netanyahu on Sunday that if elected he would “finally accept the longstanding congressional mandate to recognize Jerusalem as the undivided capital of the state of Israel,” his campaign said in a summary of the meeting.

The meeting, which lasted an hour and a half, was held in private at the candidate’s Trump Tower apartment in Manhattan.

“Mr. Trump acknowledged that Jerusalem has been the eternal capital of the Jewish People for over 3000 years,” the campaign said.

The two also discussed “at length Israel’s successful experience with a security fence,” which Trump has cited as a model for his proposed border wall with Mexico, the campaign said, as well as “the nuclear deal with Iran, the battle against ISIS and many other regional security concerns.”

The Prime Minister’s Office has so far not commented on the content of their discussion, saying only that Netanyahu was accompanied by Israel’s ambassador to the United States, Ron Dermer, and Trump was joined by his son-in-law, Jared Kushner.
Netanyahu is scheduled to meet Democratic presidential candidate Hillary Clinton later in the afternoon before flying back to Israel.