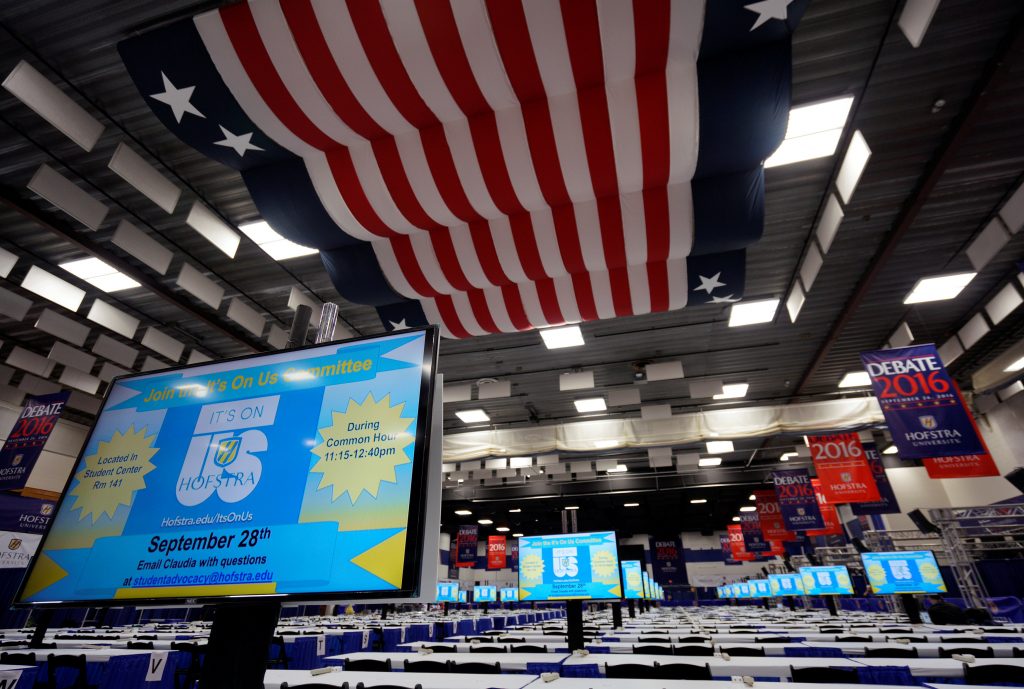 Who becomes the next president will be a primary focus for Wall Street next week and beyond, starting on Monday with the first debate between candidates Hillary Clinton and Donald Trump.

While the White House race has so far had little discernible effect on the market, that may soon change as polls show a tightening race. Clinton’s once-comfortable lead in opinion polls has evaporated, and with just over six weeks until Election Day, some investors see a toss-up contest creating volatility in certain sectors, including health insurers, drugmakers and industrials.

Also, many on Wall Street worry about the uncertainty of what Trump would do as president, as well as his sometimes contradictory proposals at odds with mainstream Republicans, such as his protectionist stance on international trade.

Some investors believe U.S. equities are likely to edge higher next week after the Federal Reserve on Wednesday left interest rates unchanged. The S&P 500 has gained 6 percent in 2016 and is about 1 percent short of its record high set in August.

“We’re probably looking at a modestly positive week pushing the high end of the S&P 500, unless something comes out of the debate that spells real success for Trump,” said Phil Blancato, chief executive of Ladenburg Thalmann Asset Management in New York. “The market seems to be favoring the ‘known’ of Hillary rather than the ‘unknown’ of Trump.”

So far, the election has been too close to call and too far away to trade specific stocks, some investors said.

Trump’s disapproval of free trade agreements suggests that industrial companies and other major exporters might suffer should he become president, said David Schiegoleit, managing director at the Private Client Reserve at U.S. Bank.

With Trump vowing to repeal the Affordable Care Act and Clinton promising to build on it, health insurance stocks could swing if the debate produces a clear winner, Convergex market strategist Nicholas Colas wrote in a note on Friday.

Health insurers have been big winners since President Barack Obama signed his healthcare overhaul in 2010. UnitedHealth Group has jumped 325 percent, Aetna is 234 percent higher and Cigna has risen 257 percent. During the same time, the S&P 500 rose 85 percent.