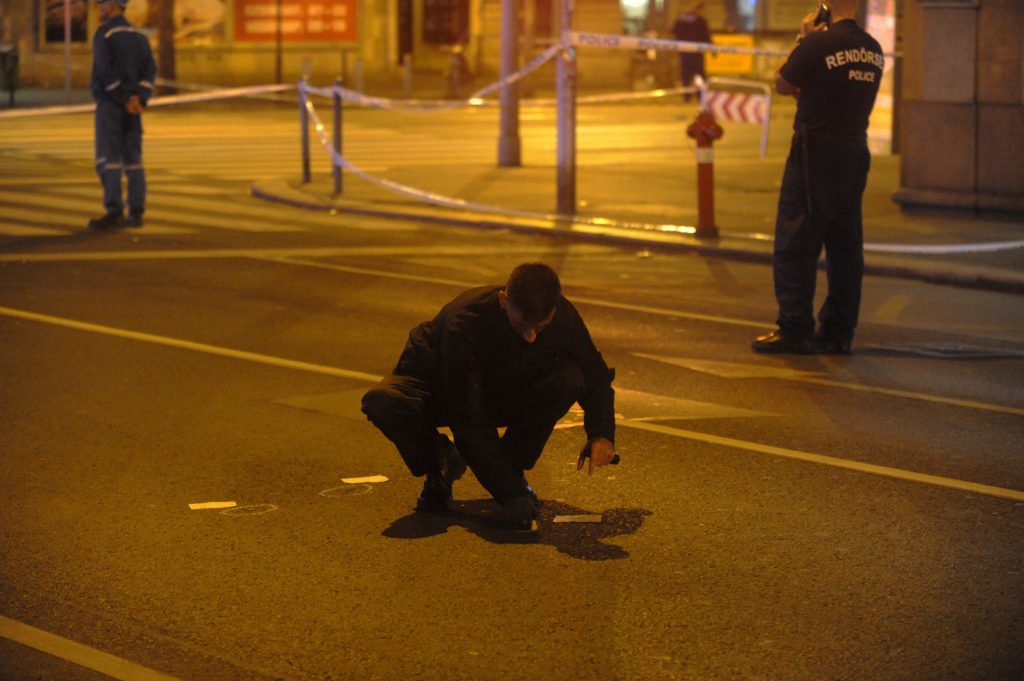 Hungarian authorities are hunting for a man who set off a homemade fragmentation bomb that seriously wounded two officers in central Budapest, the country’s police chief said Sunday.

Police were the targets in the blast late Saturday near the Franz Liszt Academy of Music, National Police Chief Karoly Papp said.

“We have established without a doubt that our police officers were the targets of the attack,” Papp said. “They wanted to execute my police officers.”

Papp didn’t say why the suspect wanted to harm police officers. But he didn’t rule out terrorism, one of seven working theories established by investigators in the case categorized as attempted murder.

“We will find the perpetrator and discover his motivation,” Papp said, adding that several hundred officers and investigators were working on the case.

Several streets and an important avenue near the site of the explosion were still closed to traffic late Sunday as investigators searched for evidence. Papp couldn’t say when they would be reopened.

A 23-year-old female officer suffered life-threatening injuries while her 26-year-old male partner was also seriously wounded while they were on foot patrol. Both were recuperating in intensive care after surgery.