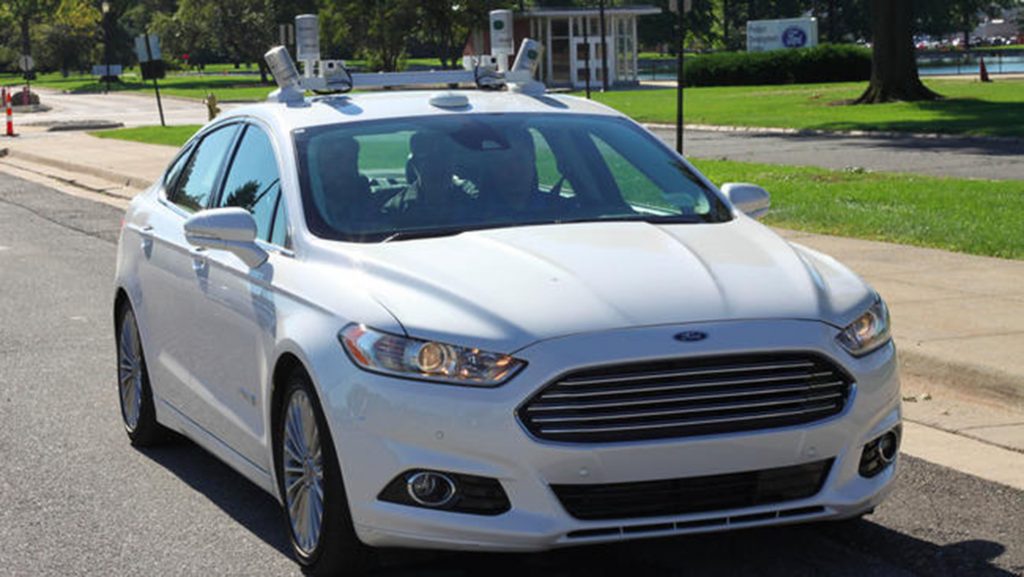 Of all the possibilities that might give pause concerning self-driving cars, here’s one you might not have considered: politeness.

At its test center in Dearborn, Mich., earlier this month, experimental white Ford Fusion sedans, their roofs bristling with sensors, drove themselves down curvy streets, obeyed stop signs and traffic lights, braked at the right times and made left-hand turns while a Ford driver sat at the wheel, never touching the controls.

At one point, a polite human being, waiting by the curb in the crosswalk, tried to wave the car through with a “no, you go first,” look on his face. The car, programmed to stop for people in a crosswalk, didn’t know what to do. So it just sat there.

From a safety perspective, that was proper. But the pedestrian was confused, and the situation might have caused a lot of beeping horns from human drivers behind the car, had there been any.

“There’s plenty of work to do,” said a Ford representative, whose job seemed to be keeping his hands conspicuously off the steering wheel.

Ford expects its fully autonomous cars to be on the streets by 2021, used first for ride-sharing services in dense urban areas. Totally driverless, there will be no steering wheels or floor pedals.

Chief Executive Mark Fields said that selling into Uber-like ride-sharing businesses will give Ford the scale it needs to build autonomous cars for the masses, “for millions of people, not just those who can afford luxury cars.”

He estimated that “about mid-decade” the company will be manufacturing self-driving cars people could buy for themselves.

The experimental cars were equipped with lidar, laser-emitting sensors that can expand the object-detection capabilities of the optical cameras and radar more common on high-end automobiles today.

Supplier Velodyne will soon replace the roof lidars with hockey-puck size units that will be mounted near each side-view mirror, Ford said.

No Ford officials at the demonstration would speak directly about rival Tesla and a recent fatal accident in which that company’s Autopilot system failed to distinguish a truck from an overcast sky.

But they did say that their driverless-car technology will continue to improve as lidar is added to the sensor suite and the software “brains” of the vehicles get more intelligent.