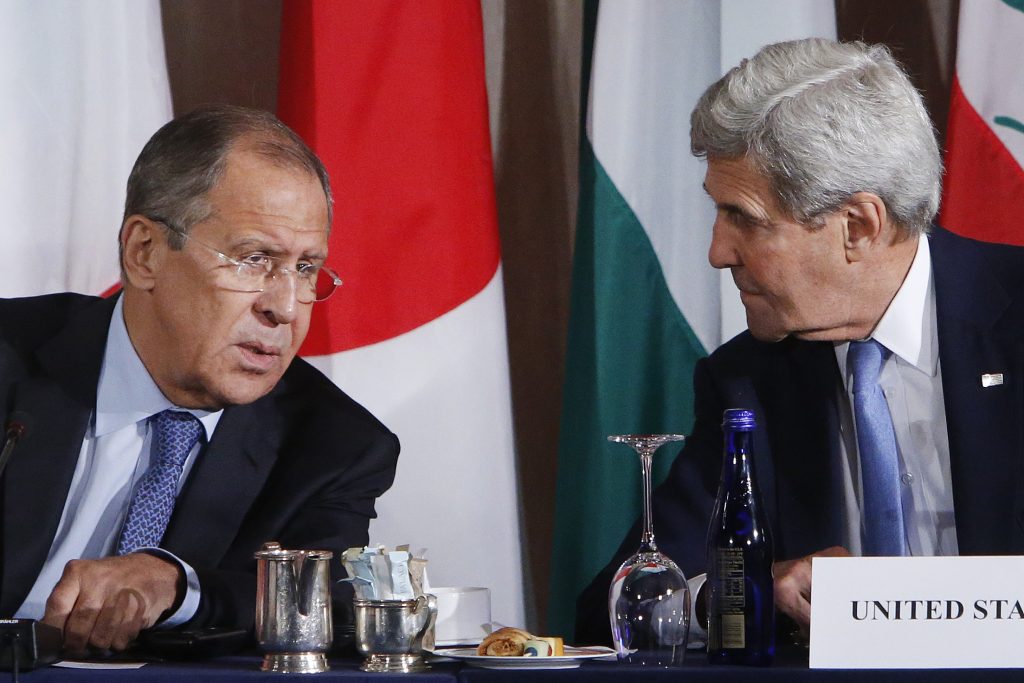 After last week’s bombing of a U.N. aid convoy in Syria dealt a death blow to a ceasefire deal in which he had invested all his diplomatic capital with Russia, the U.S. Secretary of State tossed aside a page of notes and looked at Russian Foreign Minister Sergei Lavrov across the horseshoe-shaped table in the U.N. Security Council.

“I listened to my colleague from Russia, and I sort of felt a little bit like they’re sort of in a parallel universe here,” said a visibly angry Kerry, effectively calling Lavrov a liar for blaming the United States for spoiling the ceasefire.

The moment in some ways captured the former politician’s time as the top U.S. diplomat, which will end with a new administration in January.

Not for the first time, Kerry had invested months of intensive diplomacy and tireless traveling on an issue only to end up feeling let down or deceived by negotiating partners. On Syria, Kerry has wanted greater U.S. involvement than President Barack Obama was willing to support.

In an interview on Friday with Reuters, Kerry said Lavrov’s “blatant obfuscation of reality … took my breath away.”

The attempted Syria ceasefire was his most ambitious effort to fix what some argue was the biggest foreign policy misstep of Obama’s administration, which began with the failure in 2013 to follow through on a “red line” threat against Syrian President Bashar al-Assad over the use of chemical weapons.

Kerry hammered out the truce two weeks ago, but was left pleading in vain with Russia last week to halt renewed air strikes on the besieged city of Aleppo.

“Kerry to his credit has stayed in the game even when he had a weak hand,” said Dobbins, a career diplomat who worked alongside Kerry in 2013 to hammer out a deal with President Hamid Karzai to keep U.S. forces in Afghanistan.

“The situation in Syria is too serious and too consequential to simply back off and leave it to others.”

From Kerry’s perspective, it is better to fail than not to have tried.

“The weakest hand of all would be to have another round of migrants going into Europe, (Russian President Vladimir) Putin do whatever he wants by dropping bombs and the United States doing nothing but pretending we’re sending some support to people,” Kerry told Reuters.

“That is the weakest hand, and it is far stronger to stand up and find a way to leverage getting to the table and getting some kind of an understanding,” he added.

In his nearly four years as America’s top diplomat, Kerry has racked up more miles than any other secretary of state, sometimes appearing to rush in without a clear strategy.

“It is clear that Kerry is prepared to take greater risks with his own personal reputation than others might have … because they did not want to be identified with failure,” said Dobbins.

But some critics say Kerry stayed in the game too long in negotiating with Russia, which they argue manipulated his quest for a deal over Syria to strengthen its position.

The Syrian conflict, with its shifting geopolitical forces, complex new alliances and new threats such as the rise of the Islamic State terror group, has tested Kerry like no other issue.

After Obama declined to carry out threatened attacks on Assad’s forces over chemical weapons, Kerry perceived an opening to work with Lavrov on an agreement to get Syria to turn over its chemical arsenal, he told Reuters.

That deal struck in 2013 was considered a success, but the war has since deteriorated and grown more complex following Russia’s military intervention backing Assad last year.

Now the continuing ceasefire push by Kerry strikes some as hopeless gesturing.

“Kerry’s plan is to do more of the same despite the repeated failure of U.S. attempts to strike a deal with Russia,” said Mutasem Alsyofi of the Syrian Civil Society Declaration Initiative, who met Kerry in New York last week.

It’s not the first time Kerry’s been accused of overreaching. At the start of his term in 2013, Kerry vigorously pursued a peace deal between the Israelis and Palestinians.

Even as others warned of failure, an undaunted Kerry spent months shuttling between Yerushalayim and Ramallah.

However, Israel’s announcement of 700 new housing units for in Jewish communities in Yehudah and Shomron finally caused the talks to collapse, although Israel blamed the Palestinians move to apply to join 15 international conventions and treaties.

Kerry’s biggest accomplishments came in 2015 with the Iran nuclear deal and the U.N. climate change agreement. In both instances, he had Obama’s leadership and full support for the very visible U.S. role, though both deals have been vilified domestically in the polarized American political environment.

Last week’s failure of a second Syrian ceasefire agreement brokered by Kerry unleashed a fresh round of stinging criticism of the administration’s Syria policy.

Republican Senator John McCain called Kerry “intrepid but delusional” for placing too much faith in the prospect of cooperation with Russia.

Kerry, a Vietnam veteran who lost to George W. Bush in the 2004 presidential election, is not running for office again and has often remarked that he has nothing to lose.

“In this business of diplomacy, you have to test things sometimes,” he told Reuters. “It is a mistake to delude yourself. It is also a mistake to avoid putting something to test where there is a reasonable chance something may be able to happen.”

Hours after the tense exchange at the U.N. Security Council, Lavrov and Kerry met again. The Russian diplomat had brought a new proposal for putting the ceasefire back on track. Kerry looked at the sheet of paper, folded it tightly and stuffed it into his top pocket.