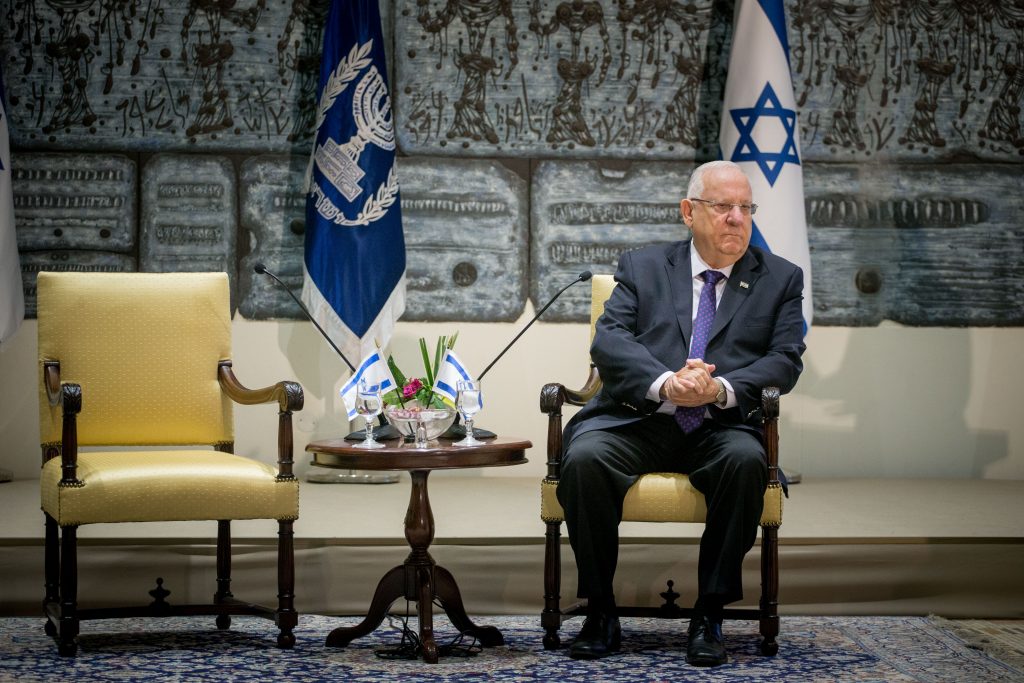 The trial of IDF Sgt. Elor Azaria has once again generated comments from Israeli leaders that reflect the explosive nature of the issues involved, of the individual soldiers’ response to terrorism and the integrity of the military command structure.

President Reuven Rivlin described the situation in dramatic terms on Sunday. Referring to the IDF soldier’s trial for manslaughter in the killing of a disarmed Palestinian attacker in March, he said:

“The trial can place us before a yawning abyss and not merely a slippery slope. My grandchildren, who are soldiers in the army, ask me, ‘Grandpa, whom do we need to listen to? Our officers or the voice of the masses?’

“We have an excellent army, we have the best officers, we have a chief of staff who is unlike any other, and we must listen to them and accept their decisions because these are the rules of the game.”

The army’s prosecution of Azaria has provoked a public outcry, accusing it of scapegoating a young soldier who may have erred but was afraid the terrorist was still dangerous, a claim that has been supported by officers testifying in his defense in recent days.

Rivlin’s comment came just hours after Prime Minister Binyamin Netanyahu on Sunday fended off accusations that he had equated Azaria’s case with those of soldiers missing or killed in action. Netanyahu had recalled a conversation he had with Azaria’s father to express sympathy, telling him that “I’ve called many distressed parents whose children fell [in combat] or were declared MIA… and here [too] we have a matter of great distress for Israelis. I want you to understand that.”

Among the critics was former prime minister Ehud Barak, who stated: “Whoever compares Elor Azaria to the heroes of Israel and missing fighters is a startled and confused person who has lost his sense of justice, or, G-d forbid, has decided to try and smash the values of the IDF. This cannot be allowed. A serving prime minister who doesn’t take back this wanton folly will forever carry with him the stigma of one who has forgotten what it means to be a fighter in the IDF,” Barak said.

Early Sunday morning, Netanyahu wrote in a posting: “I am sorry if what I said was not understood correctly.

“In no way did I want to compare the suffering of bereaved families [of IDF soldiers], a suffering which I know well, to the situation of other parents who are in distress. There is no comparison and there cannot be any comparison,” he said.