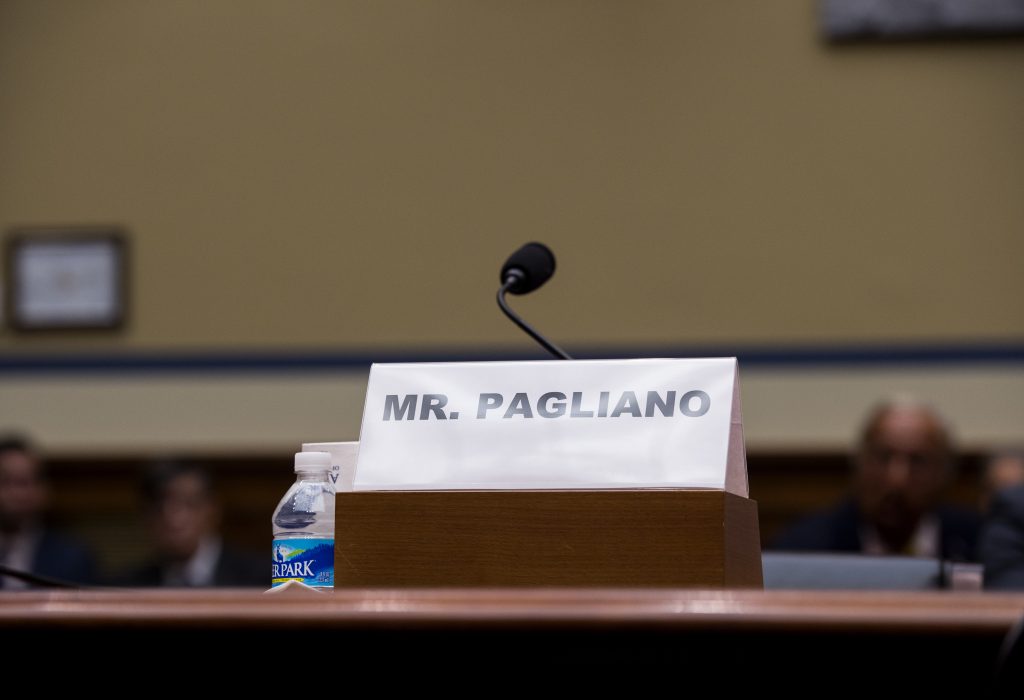 A technician hired by Hillary Clinton to run the private email system she used while U.S. secretary of state told investigators he tried to pass on colleagues’ concerns that the system might not comply with records laws, FBI interview summaries show.

Bryan Pagliano, the technician Clinton hired when she joined the State Department in 2009, told federal investigators he relayed the concerns to Cheryl Mills, then Clinton’s chief of staff.

Mills, whose lawyer did not respond to requests for comment, has previously testified under oath that she could not recall anyone alerting her to potential problems with Clinton’s email arrangement.

The episode had not been disclosed until the Federal Bureau of Investigation released on Friday night nearly 200 pages of additional records from its year-long investigation into the handling of classified government documents by Clinton and her staff via an unauthorized email server in the basement of her New York home.

Clinton has said the decision to use a private email system was a mistake, but the controversy has dogged her campaign as the Democratic candidate for the presidency and raised public doubts about her trustworthiness, public opinion polls show. Republicans have criticized her for putting national security at risk.

The FBI closed the year-long investigation in July, recommending no charges, although FBI Director James Comey said Clinton and her staff had been “extremely careless” in handling classified government secrets.

Pagliano has declined to answer questions by Republican lawmakers about his work on Clinton’s server, but spoke to federal investigators after securing a form of immunity from prosecution.

He told investigators two colleagues from the technology office approached him with concerns during Clinton’s first year after learning about the email system. One said it could lead to a “federal records retention issue,” Pagliano told investigators, and urged him to raise the concern with Clinton’s “inner circle.”

A colleague also warned Pagliano “he wouldn’t be surprised” if classified information was being sent through Clinton’s unsecure system, Pagliano told the FBI.

The newly released interview summaries from the FBI investigation show government employees undercutting other aspects of the public accounts given by Clinton and senior State officials.

A State Department employee, whose name was redacted, told investigators they believed senior department officials interfered with the screening of Clinton’s emails for public release last year in a way that helped Clinton.

The employee, who worked on the screening process, said there was pressure to obscure the fact they were finding classified information in the messages. John Kirby, a State Department spokesman, said in a statement the department “strongly disputes” the claim of interference. Clinton repeatedly said last year she never sent or received classified information, but now says she did not do so knowingly since the release of the FBI findings.

The employee also said the Defense Department told the State Department last year it had found about 1,000 emails between Clinton and David Petraeus in its records from his time as the director of the United States Central Command.

The State Department has said that Clinton did not include any of her emails with Petraeus when her lawyers screened and returned what they said were all her work emails in 2014. A single conversation of about 10 emails later emerged last year after the Defense Department provided it.

Spokesmen for Clinton have declined to discuss the omission, and did not respond to questions about the new interview summaries.

Kirby, the department spokesman, said he could not “speculate” whether the Defense Department had found more than just a single conversation between Clinton and Petraeus. “We can only speak to the records in our possession,” he said.