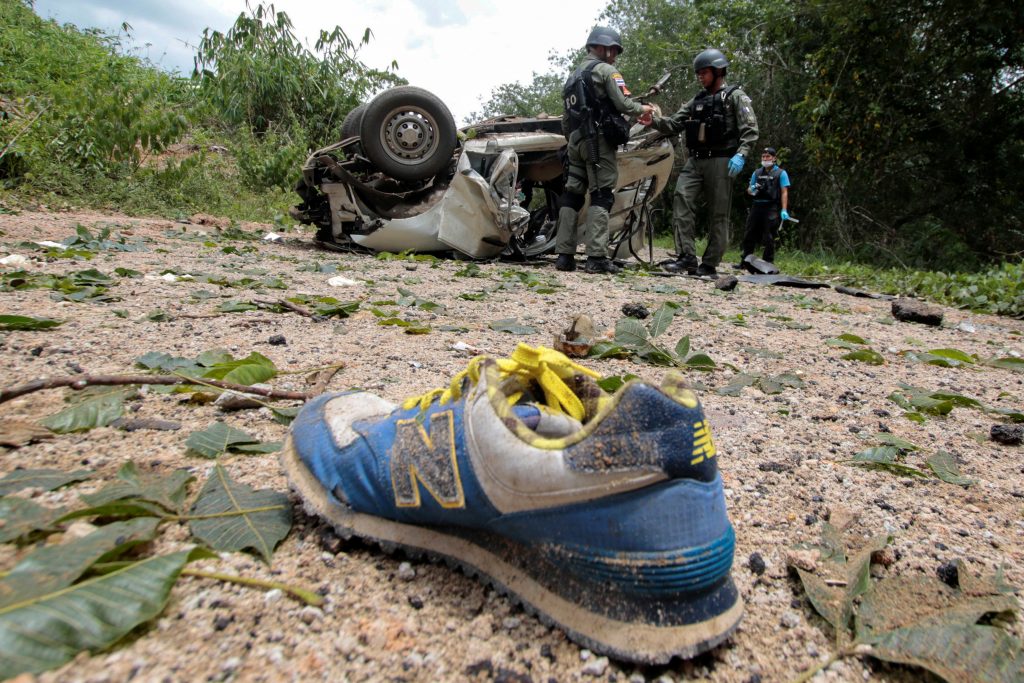 Three Thai policemen were killed and two wounded on Friday in a bomb and gun attack in the southern province of Yala where Muslim separatists have been waging a simmering insurgency against the state.

The attack came just over a month after a series of bombs in three of Thailand’s main tourist towns killed four people and wounded dozens, and raised fears the insurgents were expanding their fight to tourist targets.

Police were traveling in two pick-up trucks when the first vehicle was blown up by a roadside bomb, police Lieutenant Colonel Chamnan Bhutpakdee told Reuters.

“The assailants detonated the bomb when the truck was passing over, instantly killing the three officers,” he said.

Insurgents then opened fire on the second vehicle, wounding two officers, Chamnan said. One of them was in critical condition.

Yala, along with Pattani and Narathiwat, are Muslim-majority provinces in mostly Buddhist Thailand’s deep south.

Insurgency has plagued the ethnic Malay region for decades but it intensified in 2004. Since then, more than 6,500 people have been killed, according to the Deep South Watch monitoring group.

The International Crisis Group (ICG) think tank warned in a report this week that the August attacks showed “a clear shift, and apparent decision to expand the conflict” that has been largely confined to the three southernmost provinces.

Talks with the terrorists began in 2013 under then-Prime Minister Yingluck Shinawatra but stalled after the military overthrew her government in 2014.   But early this month, another round was held in Malaysia between a separatist umbrella group and the Thai government but achieved no breakthrough.

The ICG said the government was only interested in a “semblance of dialogue” and opposed any devolution of power while the terrorists had not put forward a platform for talks.

The result was stalemate that neither side felt sufficient urgency to overcome, even after last month’s bombs highlighted the terrorists’ capacity to inflict damage to lives and the economy, it said.

Thailand has proposed building a wall along its 400-mile southern border to stop the insurgents slipping back and forth into Malaysia, which analysts say they use as a safe area to plan attacks.