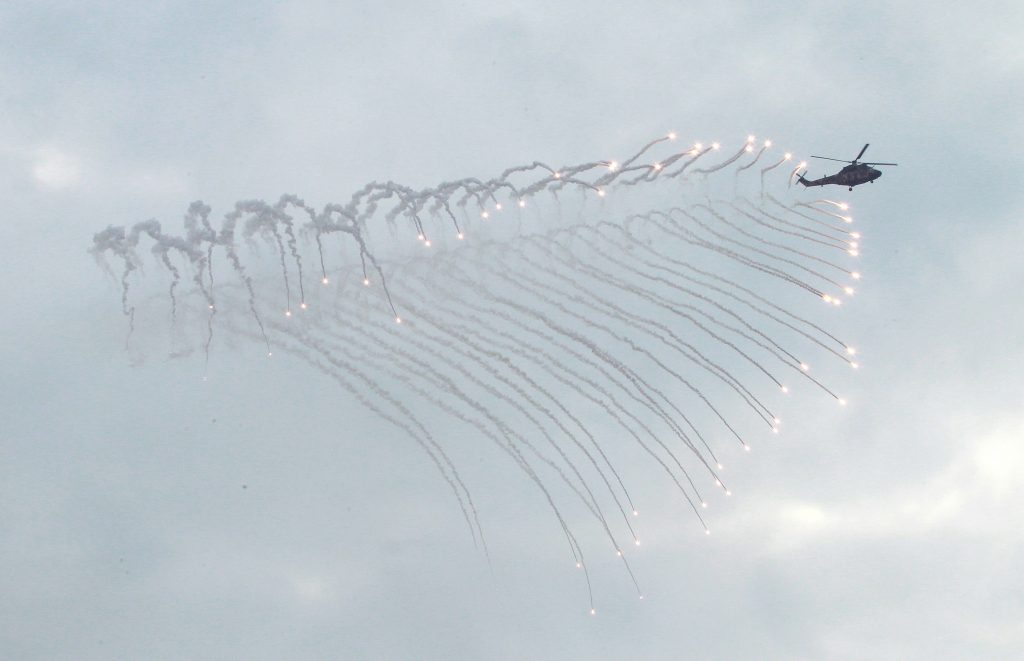 The U.S. military said at least one of its supersonic bombers that flew over South Korea earlier this week in a display of military power approached the border with North Korea.

The flight will likely anger North Korea, which is extremely sensitive to the deployment of high-tech U.S. weapons systems. The United States often sends powerful warplanes to South Korea in times of heightened animosity between the Koreas, but it is still unusual for such aircraft to fly near the rivals’ border, the world’s most heavily fortified.

The United States flew two B-1B bombers over South Korea on Wednesday, in the second such flyover in about a week. The U.S. Pacific Command said on its website Wednesday that the flight was the closest a B-1 has ever flown to the border. It didn’t say whether both or just one of the bombers approached the border. South Korean media said both bombers flew over a front-line U.S. firing range about 20 miles from the border.

About 28,500 U.S. troops are stationed in South Korea to deter potential aggression from North Korea in a legacy of the 1950-53 Korean War that ended with an armistice, not a peace treaty.