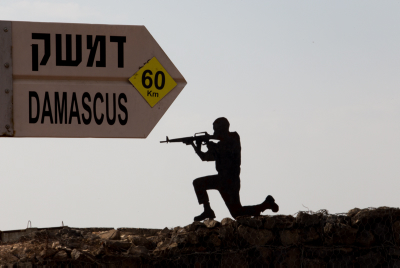 Reports in the Arab media Wednesday said that Syrian opposition groups would soon be returning to Israel the remains of Israeli spy Eli Cohen, Hy”d, who was executed for his activities in 1965. The report, which appeared in Lebanese media and was picked up by other outlets, could not be independently confirmed. Israel has not commented on the matter.

According to the report, one of the Syrian opposition groups recently took over the area outside Damascus where the body of Cohen is buried. The groups disinterred the body and took a sample of his remains, which was surreptitiously sent to Israel. DNA matching confirmed that the sample was indeed from Cohen’s remains.

According to the report, Israel and the opposition group came to an agreement that would have the remains sent to Israel. Sources in Syria said that Israel would announce the deal on the eve of Rosh Hashanah.

Cohen, who was born in Egypt, was an Israeli spy in Syria between 1962 and 1965, posing under the alias Kamel Amin Saabet, a well-connected expatriate businessman who was returning home from Argentina. While in Syria, Cohen built relationships with some of the top members of the Syrian political and military elite, all the while sending information back to Israel on the structure and activities of the Syian army and economy. Israeli historians have attributed some of Israel’s success on the Syrian front during the 1967 Six Day War to Cohen’s work.

Eli Cohen’s widow Nadia Cohen said that she did not believe the report, but that if it were true, “this would be a true miracle.”