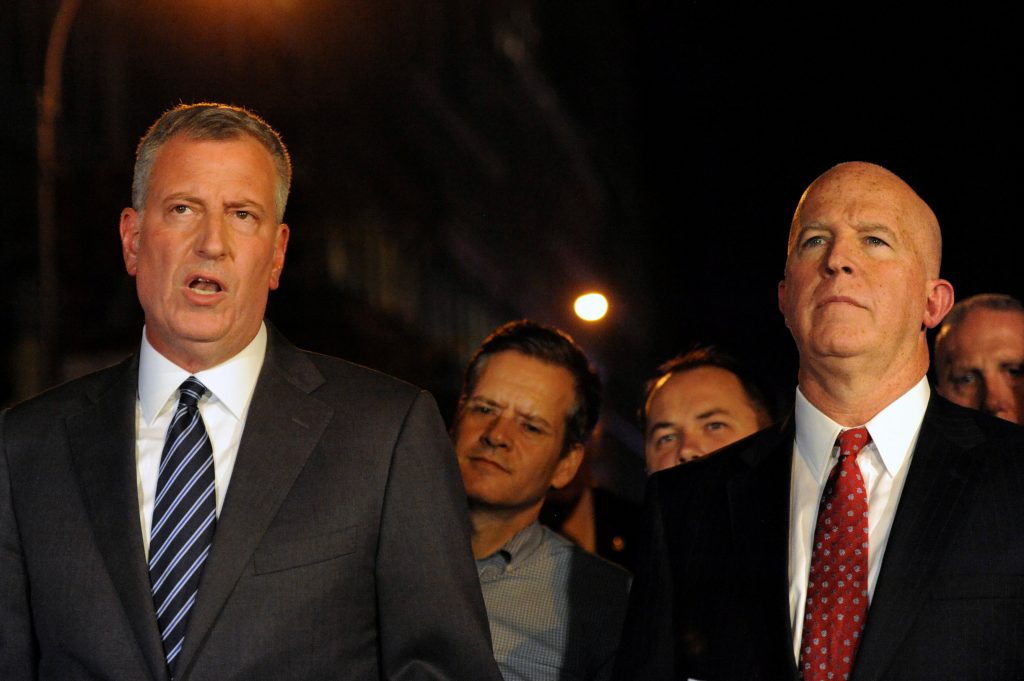 New York City Mayor Bill de Blasio warned Republican presidential candidate Donald Trump on Thursday against embracing the “stop and frisk” police tactic that he said would worsen relations between police and community in the country.

Trump has praised the anticrime tactic in which police stop, question and search pedestrians for weapons or contraband and said on Fox News on Thursday it “massively changed” the crime statistics in New York City.

“Stop and frisk worked,” Trump said on Fox & Friends on Thursday. He said the crime-ridden city of Chicago needed to adopt the tactic.

De Blasio rejected that claim and attributed the sharp drop in crime to another strategy adopted by Bill Bratton, the city’s longtime police commissioner who retired less than a week ago.

Bratton championed the “broken windows” policing strategy that emphasizes pursuit of crimes no matter how minor. In his resignation letter he attributed the decline in crime in New York City, the nation’s largest with 8.5 million people, to additional officers and an emphasis on building bonds within neighborhoods.

“He should really be careful because if we reinstitute stop and frisk all over this country, you would see a lot more tension between police and community.”

Police tactics and deadly encounters with African-Americans, many of them unarmed, have sparked protests and unrest across the country. A state of emergency was declared in Charlotte, North Carolina, after a second night of unrest sparked by the fatal police shooting of a black man.

There have also been protests in Tulsa, Oklahoma, in recent days after a police officer was arrested in the fatal shooting of an unarmed black man who, a video shows, had his hands in clear view at the time.

“That’s what changed things in New York City,” de Blasio said, adding crime has gone down in the three years since his administration curtailed the use of stop and frisk.