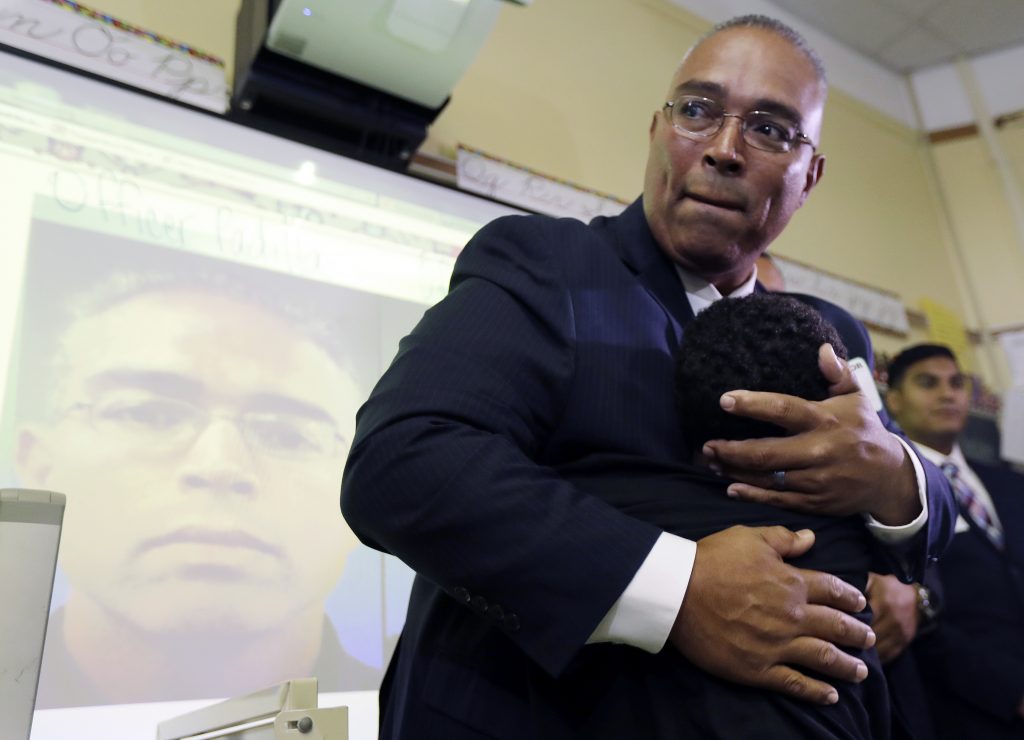 A police officer wounded in a shootout against the man charged with setting off bombs in New York City and New Jersey visited a school Thursday to thank students for their good wishes.

Patrolman Angel Padilla visited Linden School No. 5, where his grandson attends and where he volunteers with the school’s PTA. He had been shot in his bulletproof vest on Monday by Ahmad Khan Rahami during a shootout that led to Rahami’s capture.

“I can only say I was just doing my job,” Padilla told reporters, speaking in Spanish.

One of the fifth-grade students in the class asked Padilla how scared he was when he confronted the suspect.

“How scared was I? I was nervous. A bit nervous,” Padilla said.

Students at the school wrote get-well cards for Padilla and Officer Pete Hammer, who was grazed in the head by a bullet or shrapnel.

Both officers were treated and released from a hospital. They have received calls from President Barack Obama as well as pizza deliveries sent by town well-wishers.

Meanwhile, authorities said Thursday that Rahami was in more severe condition than previously realized. He is unconscious and has yet to make a first appearance on federal charges. State prosecutors have charged him with planting a bomb in Seaside Park, which injured no one, and two in Manhattan.