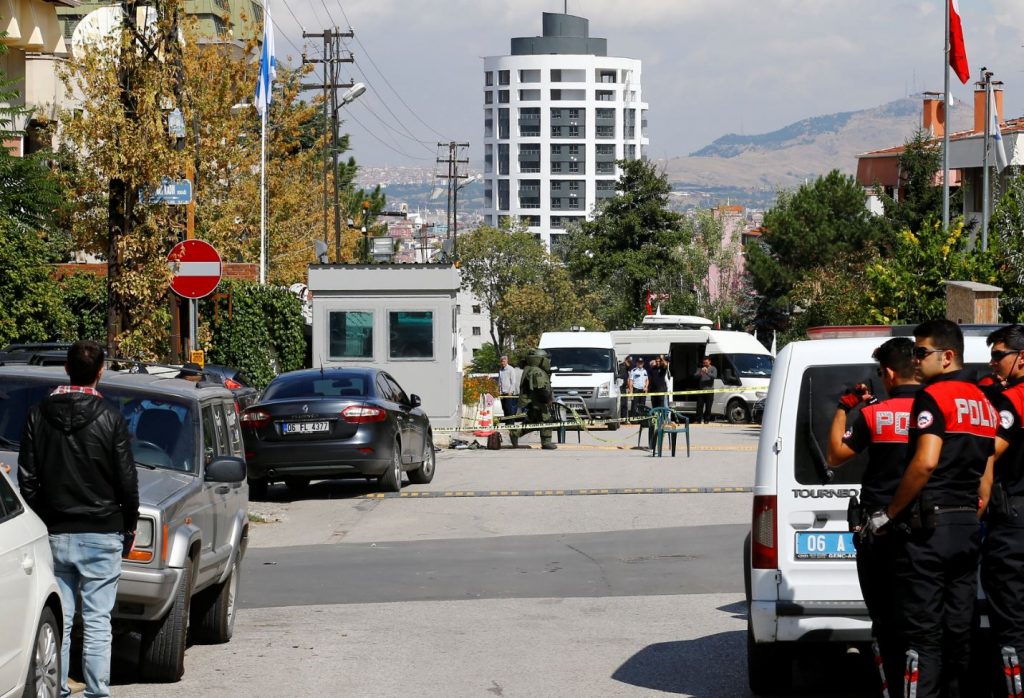 A man was shot and wounded by Turkish police outside the Israeli Embassy in Ankara after he shouted slogans and wielded a knife on Wednesday, but initial inquiries indicated he had no links to an organized terror group, officials said.

The man, a 41-year-old from the central city of Konya, was carrying a bag and brandishing a 12 inch knife as he approached the embassy, the Ankara governor’s office said in a statement.

He was shot in the leg after ignoring a warning from police, it said, adding he did not appear to be linked to a group.

“According to initial examinations… (the man) appears mentally unstable, no criminal record or organizational links have been found.”

Media reports said the man walked past the embassy building several times, raising suspicion, before trying to enter the building.

It was not immediately clear if there was a second would-be terrorist, but Turkish media reports had initially suggested that there had been two terrorists.

Turkish media earlier reported that the man had been killed, but then later said he was “neutralized and injured.”

He said the incident took place in the “outer perimeter” of the embassy.

Nachshon emphasized that at this stage details were hazy and there still “isn’t a clear picture” of what happened.

Police blocked roads leading to the heavily protected embassy building. Turkish media reports said staff at the embassy were moved to a shelter.

Turkey faces multiple security threats, including from Islamic State terrorists, who have been blamed for bombings in Istanbul and elsewhere, and from Kurdish terrorists, following the resumption of a three-decade insurgency in the mainly Kurdish southeast last year.