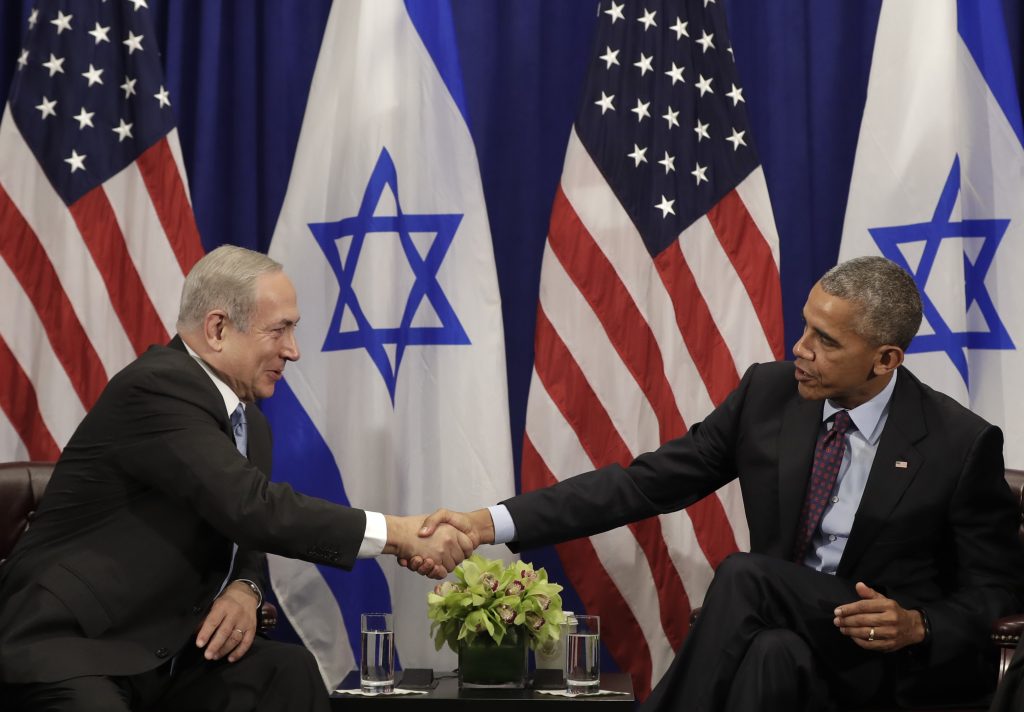 U.S. President Barack Obama told Israeli Prime Minister Binyamin Netanyahu on Wednesday that he had concerns about Israeli building in Yehudahand and Shomron and hoped the United States could continue to help achieve Israeli-Palestinian peace.

“Clearly there is great danger of not just terrorism but also flare-ups of violence,” Obama said at the start of what will likely be his last meeting as president with Netanyahu, held at the Lotte New York Palace hotel.

“We do have concerns around settlement activity as well. And our hope is that we can continue to be an effective partner with Israel in finding a path to peace,” Obama said as they met on the sidelines of the annual United Nations General Assembly.

Obama made reference to a just-signed military aid agreement between the two allies. “It is a very difficult and dangerous time in the Middle East, and we want to make sure that Israel has the full capabilities it needs in order to keep the Israeli people safe,” he said.

Netanyahu said he appreciated their many talks about the challenges facing his country. “The greatest challenge is of course the unremitting fanaticism. The greatest opportunity is to advance … peace. That’s a goal that I and the people of Israel will never give up on,” Netanyahu said.

“We’ve been fortunate that in pursuing these two tasks, Israel has no greater friend than the United States of America.”

Obama said he hopes that former prime minister Shimon Peres, hospitalized with a stroke, has “a speedy recovery.”

Despite mention of the Palestinian issue, which was expected, the encounter in front of reporters just before a private meeting transpired in a friendly atmosphere.

“Your voice, your influential voice” will remain “for many decades”, said Netanyahu, calling him “Barack.”

He complimented Obama on “what I hear is a terrific golf game.”

“I want you to know, Barack, that you will always be a welcome guest in Israel,” the Israeli PM said. He then invited Obama to play at a golf course near his home in Israel..