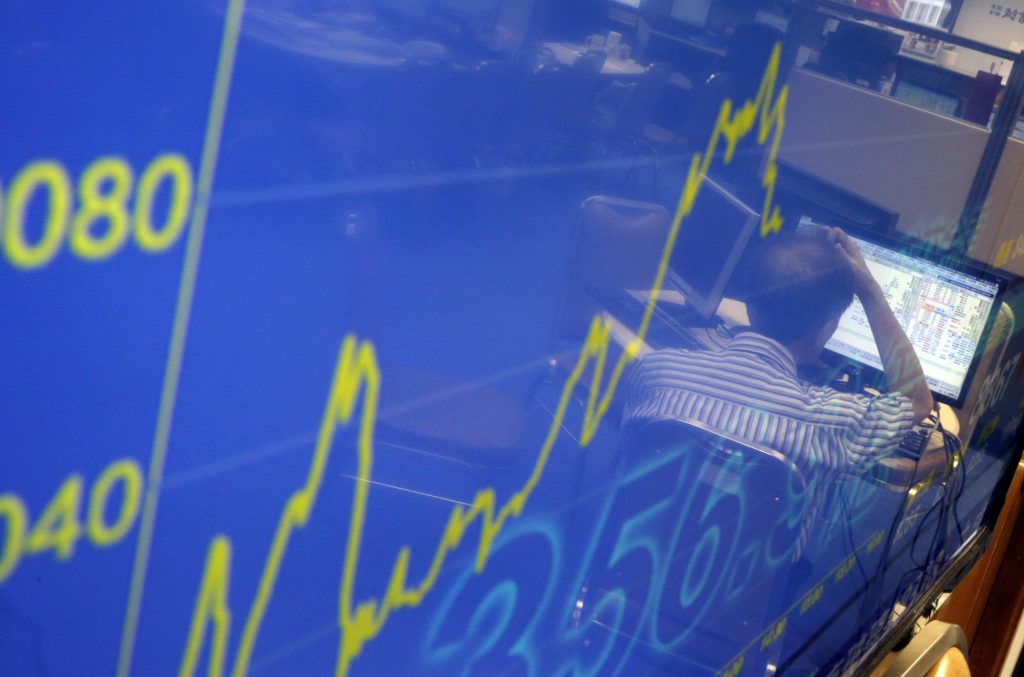 Japanese stocks rallied and lifted Asian equities on Wednesday, while the yen weakened after the Bank of Japan surprised markets by adopting a target for long-term interest rates in an overhaul of its massive monetary stimulus program.

With the global economy showing few signs of rebounding and investors fretting about the limits of major central banks’ easings, the BOJ’s move came as a welcome relief for risk asset markets.

The Japanese central bank maintained its 0.1 percent negative interest rate, but abandoned its base money target and instead set a “yield curve control” under which it will buy long-term government bonds to keep 10-year bond yields around current levels of zero percent.

The BOJ also said it will allow inflation to overshoot its target by maintaining an ultra-loose policy – beefing up its previous commitment to keep policy easy until the target was reached.

Financial markets gave the announcement an initial thumbs up with MSCI’s broadest index of Asia-Pacific shares outside Japan extending its gains to be up 0.5 percent on the day compared to 0.23 percent earlier.

Late gains in Asian markets are expected to ripple over into European shares with futures pointing to mild gains in major stock markets.

“Clearly, they’ve acknowledged that negative rate policy can hurt bank profits, and these measures they’ve announced today are in a way trying to offset some of that negative impact.”

The Nikkei swerved in and out of the red soon after the BOJ policy decision was announced and was last up more than 1.8 percent, while the Topix gained 1.7 percent after the central bank said 2.7 trillion of its ETF purchases will be linked to the index.

Volatility was especially acute in the currency markets with the Japanese yen weakening by as much as 1.2 percent against the dollar in choppy trade.

“It does give somewhat of an impression of further easing, targeting the 10-year yield at zero and setting a yield curve target,” said Ayako Sera, market economist at Sumitomo Mitsui Trust Bank.

“Overall, that does seem like an easing, but we really don’t know if it will have the actual impact of an easing on the market, and it will take some time to find out.”

In bond markets, U.S. Treasury yields spiked higher immediately after the decision, as investors apparently seem to believe the BOJ’s move to steepen the yield curve will have a ripple effect on other bond markets.

Benchmark 10-year Treasury notes rose to 1.73 percent compared to 1.69 percent before the BOJ announcement, though investors were wary of driving them higher before a U.S. Federal Reserve policy decision later in the global day.

Both hawkish and dovish comments from Fed officials recently have stoked volatility in financial markets, although consensus is now centered on a U.S. rate hike by year-end.

In currency markets, dollar/yen spiked higher as investors rushed to cover their short positions with the yen extending its weakness against the dollar to trade at 102.53.

“Many people expected the BOJ not to take any action at all, and the yen to strengthen, so we now see many people buying the dollar back,” said Kaneo Ogino, director at foreign exchange research firm Global-info Co in Tokyo.

“They do seem open to fresh ideas. But it is hard to see the initial gains in USD/JPY being sustained. Keeping the depo rate at -0.1 percent and not boosting asset purchases doesn’t seem a recipe for yen depreciation,” he said.