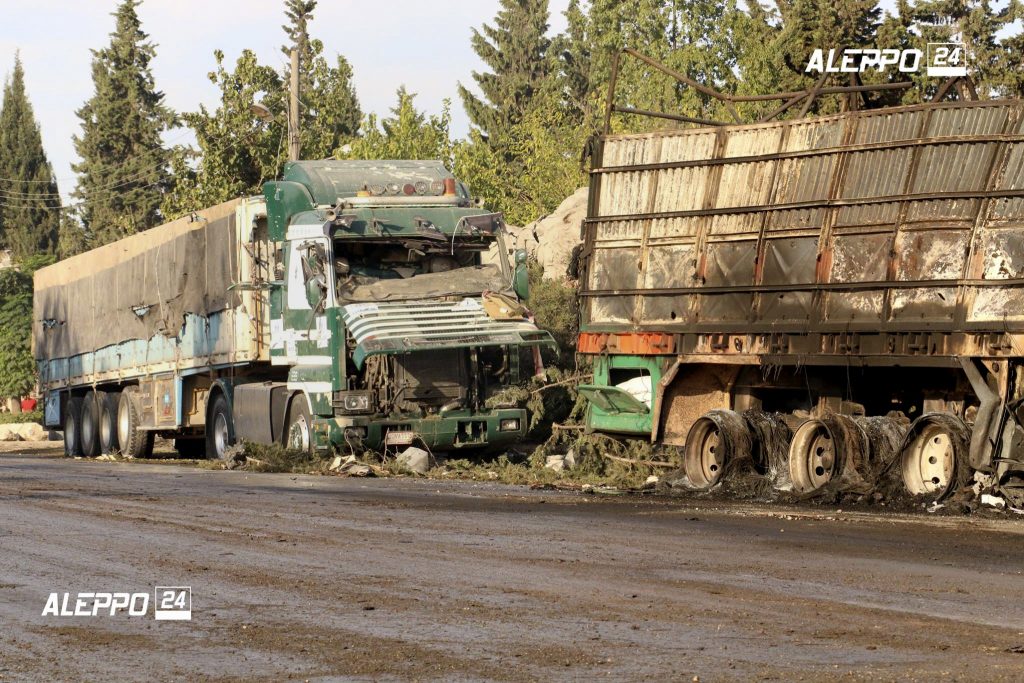 An airstrike on a medical facility in northern Syria has killed at least five staff members, the medical relief organization that runs the facility said Wednesday.

The Paris-based International Union of Medical Care and Relief Organizations, known by its French initials UOSSM, said the attack Tuesday night leveled a medical triage point it operates in rebel-held territory outside the contested city of Aleppo.

The Britain-based Syrian Observatory for Human Rights monitoring group said at least 13 people were killed in the attack, including nine terrorists, some of them belonging to the al-Qaida-linked Fatah al-Sham Front.

The U.S. office of UOSSM said two nurses and two ambulance drivers were killed and one nurse remained in a critical condition following the attack on the medical facility in Khan Touman. UOSSM said the nurse later died of her injuries.

It said two of its ambulances, which are run by UOSSM and the World Health Organization, were destroyed and the three-story building collapsed.

“This is a deplorable act against health care workers and medical facilities,” said Dr. Khaula Sawah, the head of UOSSM USA.

There were no reports on who was behind the strike.

The incident exposed rising tensions between the two architects of Syria’s ceasefire deal, Russia and the U.S. The U.S. said it believed Russian or Syrian government jets were behind the attack that killed 20 civilians, and that either way it held Russia responsible because under the truce deal Moscow was charged with preventing airstrikes on humanitarian deliveries. Syria’s rebels do not operate an air force.

In New York on Tuesday, Russian and U.S. diplomats insisted that the Syrian ceasefire, which went into effect nine days ago, was not dead, despite indications of soaring violence. The Syrian military declared Monday night the truce had expired, shortly before presumed Russian or Syrian government jets launched a sustained aerial attack on Aleppo’s opposition-held neighborhoods.