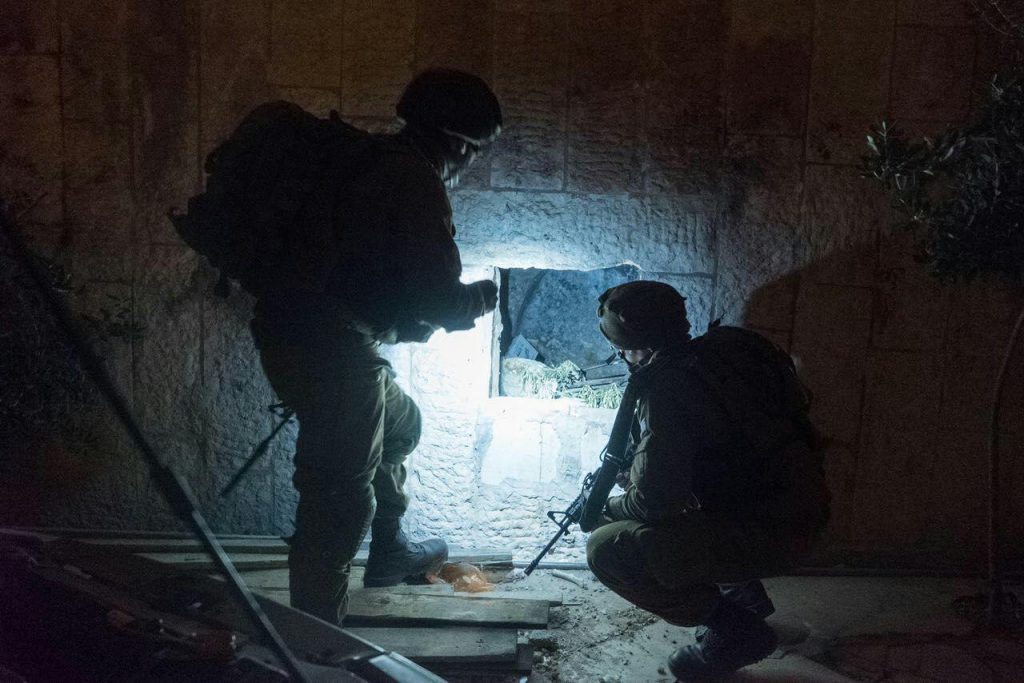 A 13-year-old female Arab terrorist was shot Wednesday morning by IDF troops after she attempted to stab Israeli soldiers. The incident occurred at the Eliyahu Crossing, outside the Sharon town of Kfar Sava. She was shot in the leg and neutralized. There were no injuries to Israeli security forces. Under questioning, she admitted that she had “come to kill,” the IDF said in a statement.

IDF soldiers overnight Tuesday continued their raids of weapons caches and factories, this time focusing on the village of Jabel Juhar, outside Chevron. There, soldiers found hand guns, components for the assembly of M16 rifles, ammunition, commando knives and more. Several suspects were arrested and the cache confiscated.

Overnight Tuesday, security officials said they arrested 11 wanted security suspects in other areas in Yehudah and Shomron. The suspects were wanted for participating in rioting and throwing stones and firebombs that endangered Israeli civilians and IDF soldiers. Several of the suspects were also charged with belonging to Hamas. All were being questioned on their activities by security forces.