U.S. stocks inched higher Tuesday in another cautious day of trading as investors kept an eye on central banks in the U.S. and Japan. Health care and household goods companies led the way while energy companies slipped.

Major market indexes were higher all day, but returned most of those gains at the close of trading. They rose just enough cancel out Monday’s small losses.

Drug companies helped health care stocks make some modest gains, while Exxon Mobil fell on reports it’s being investigated by securities regulators. Bond yields slipped and the dollar was little changed as investors waited decisions from the Federal Reserve and the Bank of Japan.

Since investors doubt the Federal Reserve will raise interest rates Wednesday, they may focus instead on the Fed’s statement and a press conference led by Fed Chair Janet Yellen. 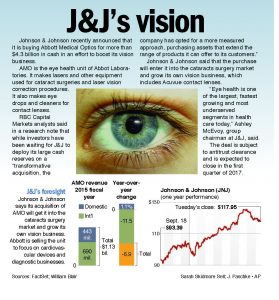 On the New York Stock Exchange, more stocks fell than rose. That was the reverse of Monday, when major indexes fell but more stocks were up than down.

Tuesday was the start of two-day meetings for the Fed and Bank of Japan. While investors didn’t expect an increase in U.S. interest rates, the Japanese central bank is expected to take new steps to boost the nation’s ailing economy. That could include an increase in its stimulus program or a further cut in the deposit rate as a way to encourage banks to lend money.

Gilead Sciences gained $2.79, or 3.5 percent, to $81.78 after the hepatitis C drugmaker completed a $5 billion debt offering. Gilead said it may use the cash to make a deal, and Jefferies & Co. analyst Brian Abrahams said he thinks the company is getting close to at least one acquisition. Elsewhere, Merck rose 61 cents, or 1 percent, to $61.94.

Ascena Retail Group, the parent of Ann Taylor, Lane Bryant and Dress Barn, dropped to a six-year low after the company reported weak quarterly results and gave a forecast that fell short of investor expectations. Ascena bought Ann Taylor a year ago and also struggled with discounts from competitors and shaky demand. Its stock lost $2.43, or 29.9 percent, to $5.69. 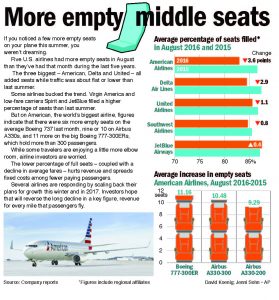 Allergan announced yet another acquisition as it agreed to buy Tobira Therapeutics. Tobira is studying drugs that treat symptoms of non-alcoholic steatohepatitis, a disease that triggers inflammation that can lead to cirrhosis, cancer and liver failure.

The Commerce Department said the pace of home construction slowed down in August as fewer homes were built in the South. Monthly housing figures can be volatile and housing starts have grown this year, but the report hurt shares of homebuilders. PulteGroup gave up 58 cents, or 2.9 percent, to $19.29 and Lennar, which reported strong quarterly results, shed $1.59, or 3.5 percent, to $43.50.

Benchmark U.S. crude picked up 14 cents to $43.44 a barrel in New York. Brent crude, used to price international oils, slipped 7 cents to $45.88 a barrel in London. Exxon Mobil lost $1.29, or 1.5 percent, to $82.54 after Dow Jones reported that the Securities and Exchange Commission is investigating Exxon’s accounting practices and other issues.