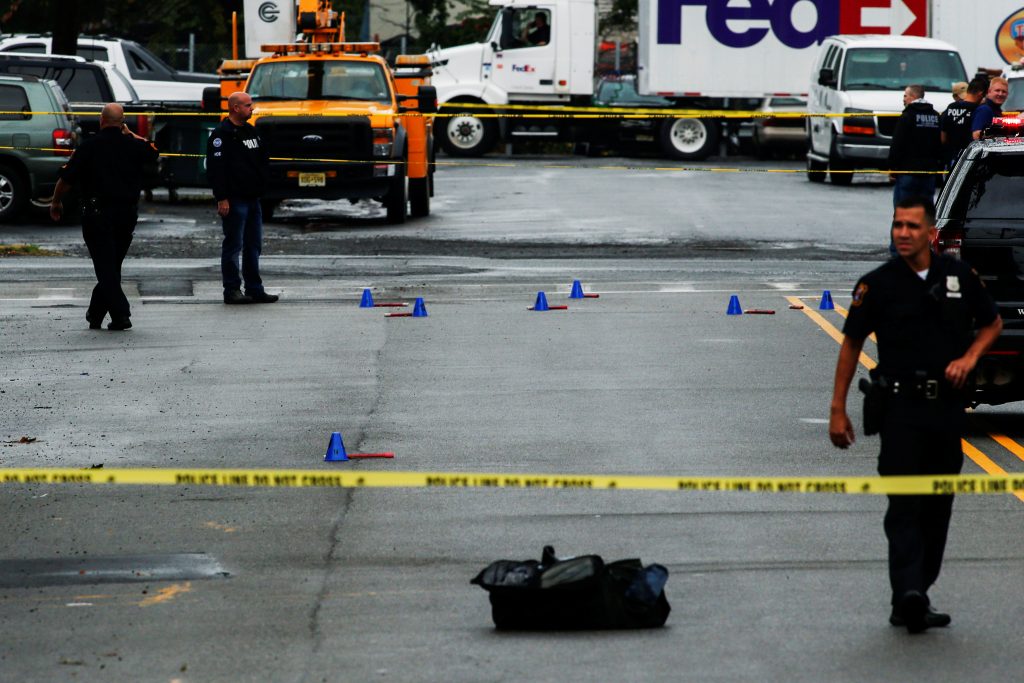 U.S. investigators were looking on Tuesday for clues to why an Afghanistan-born man might have planted bombs around the New York area over the weekend, including whether the suspect had accomplices or was radicalized overseas.

Ahmad Khan Rahami, 28, was arrested on Monday in Linden, New Jersey, after a gun battle with police. They were summoned by a neighborhood restaurant owner who thought the bearded man sleeping against his closed tavern’s front door in pouring rain resembled the bombing suspect.

Rahami and two police officers were wounded in the exchange of gunfire.

The events put New York on edge and fueled the debate about U.S. security seven weeks before the presidential election, with candidates Donald Trump and Hillary Clinton clashing once again on Monday.

Rahami was suspected of a spate of weekend bombings, including a blast in New York’s crowded Chelsea neighborhood that wounded 29 people, and two in suburban New Jersey that caused no injuries.

He lived with his family above the First American Fried Chicken restaurant in Elizabeth, New Jersey.

The suspect’s foreign trips were coming under scrutiny, with U.S. media reporting that he had traveled to Pakistan and his native Afghanistan multiple times. Police were looking into whether he was radicalized during that time.

U.S. security sources have confirmed that Rahami underwent secondary screening after returning from foreign travel in recent years and passed on every occasion. Travelers coming from Afghanistan and Pakistan, which both have a strong Taliban presence, are routinely required to undergo secondary screening.

“There could have been a more intensive holding and screening in that situation,” Senator Angus King, an independent from Maine, told CNN. “The problem is what happened next didn’t really go into any depth.”

Authorities did not offer any immediate information on the possible motives of Rahami, whom Union County prosecutors charged with five counts of attempted murder in the first degree and two second-degree weapons charges.

He was in critical but stable condition as a result of his wounds, and police had not yet been able to interview him in depth, New York Police Department Commissioner James O’Neill said on Tuesday. O’Neill, who was sworn in as commissioner on Monday, said he was encouraged that officers found Rahami hiding alone.

“It’s a good sign that we found him in a doorway,” O’Neill told CBS “This Morning.” “Hopefully that means he had nowhere to go.”

More charges were expected to be brought against Rahami in federal court. Rahami is also suspected of planting a bomb that exploded on the New Jersey shore on Saturday, a device found near the New York blast, and up to six more devices found near the Elizabeth train station on Sunday night.

All of the people injured in Saturday night’s blast have been released from hospitals.

The bombings and subsequent manhunt prompted even greater security in New York. The largest U.S. city was already on high alert for a gathering of world leaders at the United Nations in New York for the annual General Assembly this week. An additional 1,000 officers were deployed.