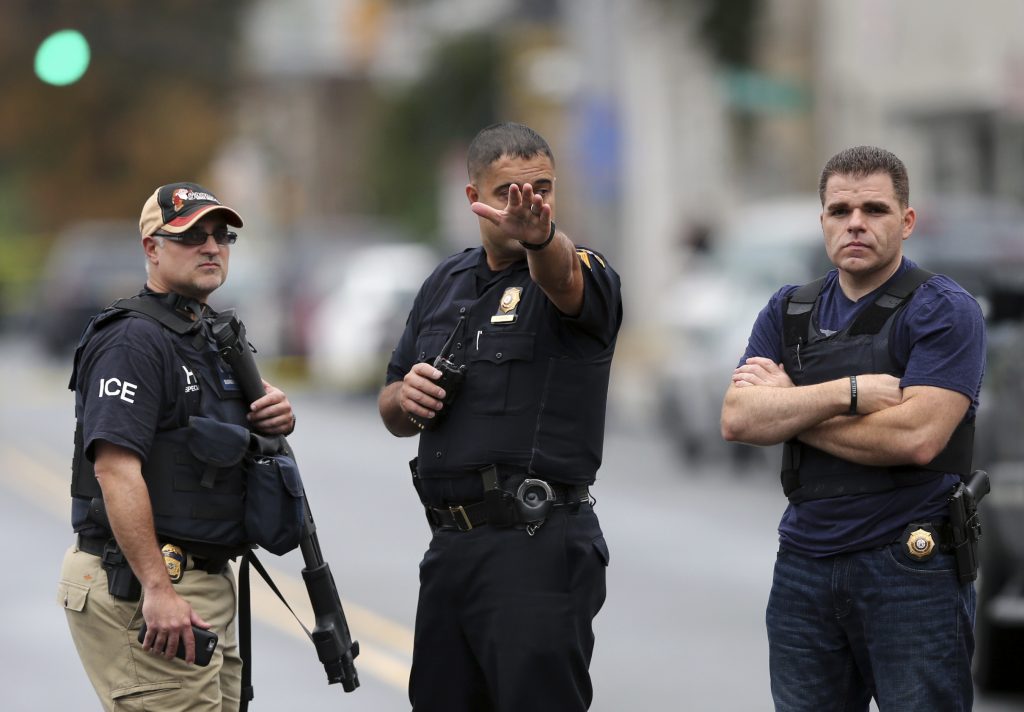 The man suspected of planting bombs in a New York neighborhood and a New Jersey seaside town may have aimed to inflict carnage incognito, but he didn’t succeed for long in concealing his identity.

Ahmad Khan Rahami provided investigators with a wealth of clues that lead to his arrest some 50 hours after the first explosion, according to three law enforcement officials familiar with the investigation.

His fingerprints and DNA were found at the scene of the Manhattan bombing, they said. His uncovered face was clearly captured by surveillance cameras near the spot of the blast. Electronic toll records showed that a car to which he had access was driven from New Jersey to Manhattan and back to New Jersey the day of the bombing, according to the officials, who spoke to The Associated Press on condition of anonymity because they weren’t authorized to discuss an ongoing case.

Those and other clues spurred officials to publicize his name and photo Monday morning, asking for help finding Rahami, 28, a U.S. citizen born in Afghanistan, who lives with his Muslim family in Elizabeth, New Jersey.

Hours later, a police officer in Linden, New Jersey, recognized Rahami after finding him sleeping in a doorway, prompting a confrontation and shootout that led to his capture.

“A lot of technology involved in this, but a lot of good, old-fashioned police work, too,” said New York Police Commissioner James O’Neill. He said that now, investigators would “make sure that we get to the bottom of who’s involved and why.”

After surgery for a gunshot wound to his leg, Rahami was being held on $5.2 million bail, charged with five counts of attempted murder of police officers. Federal prosecutors said they were still weighing charges over the bombings. Rahami remains hospitalized.

With Rahami’s arrest, officials said they had no other suspects at large, but cautioned that they were still investigating. Messages left for family members were not immediately returned. It wasn’t clear when Rahami would get an attorney.

The bombing spread fear across the New York area and revived anxiety about homegrown terrorism nationwide.

As the East Coast was rattled by the bombings, a man who authorities say referred to All-h wounded nine people in a stabbing rampage at a Minnesota mall Saturday before being shot to death by an off-duty police officer. Authorities are investigating the stabbings as a possible terrorist attack but have not drawn any connection between the bloodshed there and the bombings on the coast.

William Sweeney Jr., the FBI’s assistant director in New York, said there was no indication so far that the bombings were the work of a larger terror cell.

Rahami wasn’t on any terror or no-fly watch lists, though he had been interviewed for immigration purposes traveling between the U.S. and Afghanistan, one of the law enforcement officials said.

Rahami and his family live above their fried-chicken restaurant — called First American Fried Chicken — and the family has clashed with the city over closing times and noise complaints, which the Rahamis said in a lawsuit were tinged with anti-Muslim sentiment.

The lawsuit was terminated in 2012 because one of Rahami’s brothers had pleaded guilty to blocking police from enforcing closing hours at the restaurant.

A childhood friend, Flee Jones, said Rahami had become more religious after returning from a trip to Afghanistan several years ago. Still, some of the family restaurant’s customers said Rahami was more likely to talk about his interest in cars than to mention faith.

The investigation began when a pipe bomb blew up Saturday morning in Seaside Park, New Jersey, before a charity race to benefit Marines. No one was injured.

Late Sunday night, five explosive devices were discovered in a trash can at an Elizabeth train station, about 3 miles from where Rahami was later found asleep in the doorway of a bar.

Investigators are still gathering evidence and have not publicly tied Rahami to those devices, though Sweeney noted they aren’t “ruling anything out.”

The bombs discovered Saturday all used flip cellphones as a trigger and were all made with easily purchasable materials, a federal law enforcement official speaking on condition of anonymity said.

After zeroing in on Rahami and learning of the car that had traveled between New Jersey and New York, authorities pulled it over Sunday night after it headed in the direction of Kennedy airport. The law enforcement officials said at least one of Rahami’s relatives was in the car.

All five were questioned and released, Sweeney said. He declined to say whether they might later face charges.

Linden Mayor Derek Armstead said the break in the case came Monday morning, when a restaurant owner reported someone asleep in his doorway.

An officer arrived and confronted Rahami, who pulled a gun and fired, authorities said. The officer was saved by his bulletproof vest. More officers joined in a battle that spilled into the street. Another police officer was grazed by a bullet. The officers’ injuries weren’t life-threatening.

Around the time Rahami was captured, President Barack Obama was in New York on a previously scheduled visit for a meeting of the U.N. General Assembly. He called on Americans to show the world “we will never give in to fear.”