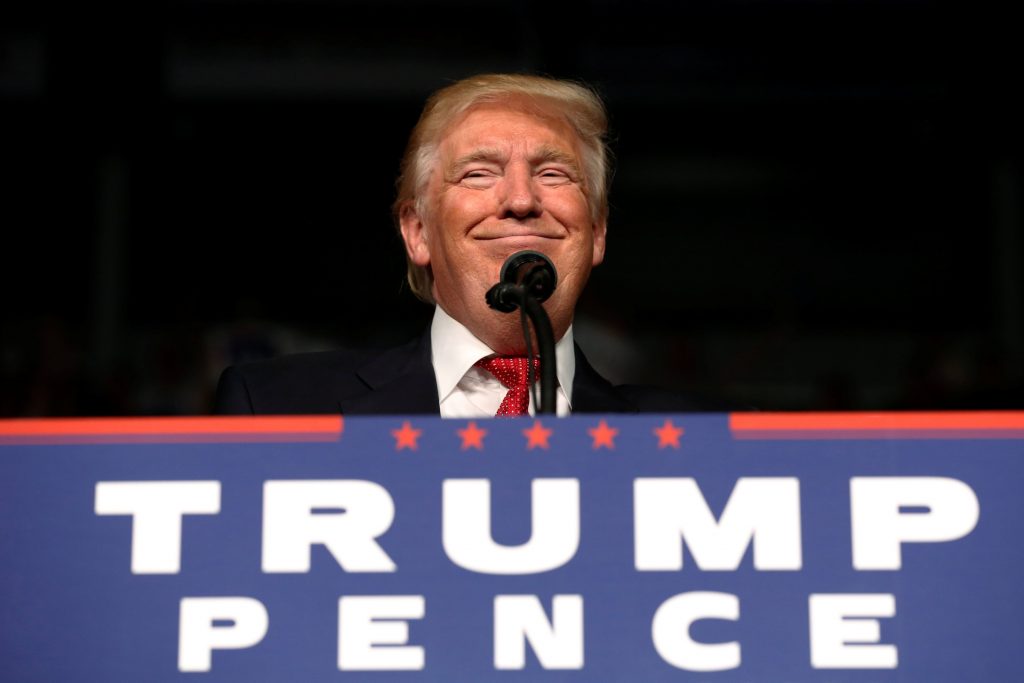 Donald Trump is enjoying his strongest position in the presidential race since immediately after his nominating convention and, for the first time, has started to significantly close the gap with Hillary Clinton on the question of which candidate voters expect will win — a shift that could boost turnout on both sides.

The nominees have moved up and down in polls over the summer and into the fall, but until now, large majorities of voters, regardless of whom they supported, expected to see Clinton win.

That’s now changed, according to the University of Southern California Dornsife/Los Angeles Times Daybreak tracking poll of the election. Although Clinton still holds an edge on that question, Trump has narrowed it to the point that the results are within the poll’s margin of error.

The voter expectations question is important because it often — although not always — has proved a more accurate way to forecast elections than asking which candidate a person plans to vote for. The expectations question has an especially good track record when an election remains a way off — seven weeks in this case.

Clinton leads 50 percent to 45 percent on the question of which candidate people expect will win, the Daybreak poll finds. That’s down from her 13-point lead just a week ago.

Liberal Democrats were particularly likely to shift their view of the race, the poll found — a result that would probably come as no surprise at Clinton’s campaign headquarters, which hears constantly from anxiety-ridden Democrats bearing advice.

A week ago, 1 in 4 liberal Democrats thought Trump would win the election. That’s now risen to 1 in 3. Younger voters and those without a college education were also more likely to predict Trump as the winner.

Over that period, Trump has jumped ahead on the question of which candidate respondents support. He now leads 48 percent to 41 percent in the Daybreak poll.

The Daybreak poll has consistently shown more favorable results for Trump on the horse-race question than many other surveys. On average, recent surveys continue to show Clinton leading by a small margin nationally.

Some analysts believe parts of the Daybreak poll’s methodology tilt the results by a few points toward the Republican candidate.

Whether that’s so won’t be known until the election results are in, but regardless of the level of support for the two candidates, the same trend of improvement for Trump and decline for Clinton appeared in other national and state surveys taken last week.

The week was dominated by news about Clinton’s health: The former secretary of State appeared close to collapse while being helped into a van after attending a Sept. 11 memorial, then disclosed that she was being treated for pneumonia.

A survey by the online polling organization YouGov for the Economist indicated how those events affected public opinion. Americans were evenly divided on the question of whether Clinton was “in good enough physical condition to serve effectively as president for the next four years,” the poll found, with just under 4 in 10 Americans on either side of that question.

That was a sharp change from earlier in September, when more than half of Americans said in a YouGov survey that Clinton was in good enough physical condition and only about one-third said she was not.

The shift came mostly among Democrats and to a lesser extent among independents, the YouGov poll found. A large majority of Republicans already professed a belief that Clinton’s health was not good enough for her to serve four years — an assertion that has been a staple in GOP campaign rhetoric and on conservative media for months.

Concern over Clinton’s health may fade now that she is back on the campaign trail, appearing fit. That could be especially true if she appears vigorous in the first debate, scheduled to take place in a week.

Other trends in the electorate help Clinton. In the aftermath of last week’s census report that personal incomes rose in 2015 at the fastest rate in decades and poverty fell, also by a record amount, the share of Americans saying that the country is on the “right track” has risen in some surveys.

President Barack Obama’s approval rating also continues to rise. Both of those shifts normally could be expected to boost his party’s candidate.

Moreover, both Gallup and the YouGov survey show some improvement in Clinton’s standing with the electorate. Her net favorable rating — the share of voters who have a positive view minus the share having a negative view — remains poor, but is on a slight upward trajectory in both surveys.

For now, however, health concerns could be one important factor driving a shift that the Daybreak poll has found over the last week: a decline in Clinton supporters’ estimates of how likely they are to vote.

Since Clinton’s health problems began dominating the news, her supporters’ average likelihood of voting has dropped 2 percentage points while Trump supporters’ likelihood has risen by a point. That shift is small in numerical terms but can make a big difference in a close race.

Among the groups showing the biggest declines in likelihood of voting over the last week have been moderate Democrats and liberal independents. Both groups might be expected to include less motivated supporters of Clinton. Conversely, among moderate independents, those who support Trump showed an increased likelihood to vote, the poll found.

The increased likelihood of voting on the part of some Trump supporters could also come from their reaction to Clinton’s remark a little more than a week ago that half of Trump’s supporters fit into what she termed a “basket of deplorables” who display, racism and other negative motivations. Clinton apologized for the word “half.” Republicans have used the “deplorable” label as a rallying cry.

Meantime, the shift in voter expectation about which candidate can win could help boost turnout for both.

Trump’s lead in the Daybreak poll rests in part on support from disaffected, conservative white voters who did not vote in 2012, but say they plan to vote this time. A belief that Trump can win might help motivate those voters to the polls, and his campaign manager, Kellyanne Conway, repeatedly has trumpeted the “momentum” on her side.

Overall, however, the Daybreak poll indicates that Clinton probably has the most to gain from expanded turnout. Trump has led among poll respondents who say they are most sure of their decision and most certain to vote.

Clinton led until the last week among the larger universe that includes potential voters who are somewhat uncertain about their choice or their likelihood of casting a ballot.

In particular, Clinton has had trouble gaining the support of younger voters.

Those voters prefer Clinton and even the Libertarian nominee, Gary Johnson, over Trump, according to some surveys, including a recent SurveyMonkey poll of California voters done for USC and the Times. But Democratic strategists have worried that some of those younger voters might cast a ballot for Johnson or Green Party nominee Jill Stein in the belief that Clinton will win regardless.

They’ve also worried about younger voters staying home. Tighter polls and a rising belief that Trump can win could help with those problems.

Obama addressed that issue in a passionate speech Saturday night to the Congressional Black Caucus gala in Washington.

“There’s no such thing as a vote that doesn’t matter,” he said. “After we have achieved historic turnout in 2008 and 2012, especially in the African-American community, I will consider it a personal insult, an insult to my legacy, if this community lets down its guard and fails to activate itself in this election.

“You want to give me a good send-off? Go vote.”