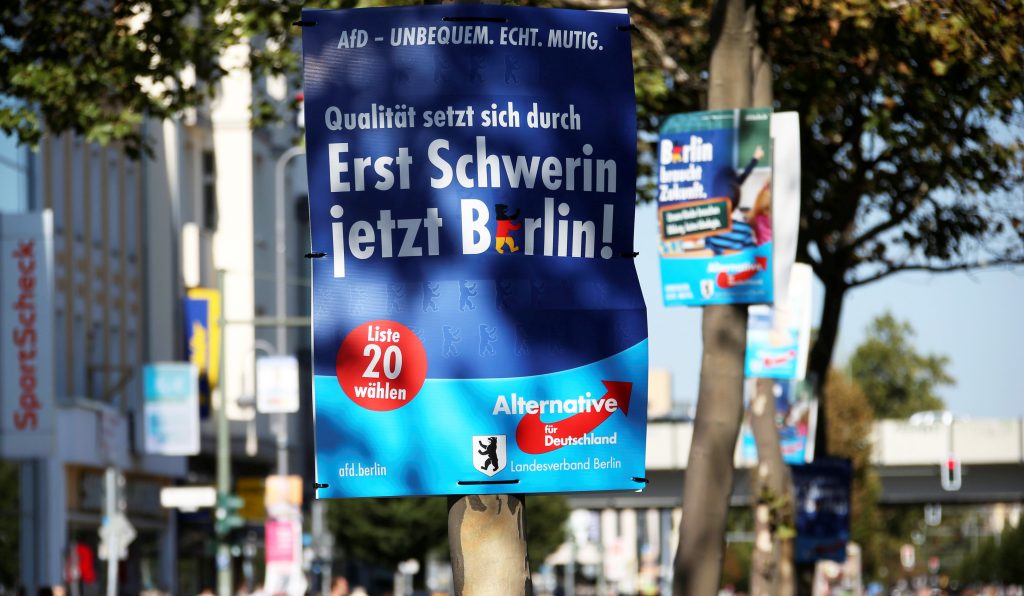 Chancellor Angela Merkel said on Monday she would turn back time if she could to better prepare Germany for last year’s migrant influx, striking a conciliatory tone and taking some blame for her party’s drubbing in a Berlin city vote on Sunday.

Merkel’s Christian Democrats (CDU) suffered their second electoral blow in two weeks in Sunday’s vote in the capital, slumping to their lowest level since 1990 in the state election in which voters rejected her open-door refugee policy.

“I take my share of the responsibility that lies with me as party chairwoman and chancellor,” Merkel, sounding the most conciliatory she has in over a decade in office, told a news conference.

In prepared remarks, Merkel said she would do things differently if she could go back again and prepare better to cope with the influx of around one million migrants who flooded into Germany last year.

“If I could, I would turn back the time by many, many years,” Merkel said, sounding particularly somber.

Commenting on a recent poll showing 82 percent of voters wanted a change in her migrant policy, she added, “If I knew what change in policy people wanted, I would be ready to consider it and talk about it.”

“But the poll does not give any advice on that,” she added.

A backlash against her migrant policy has raised questions about whether Merkel, Europe’s most powerful leader, will stand for a fourth term next year. Given a dearth of options in her party, however, she is still the most likely candidate.

Asked whether she will run again next year, Merkel smiled and declined to comment. She said she was still motivated.

A year before the national election, the Berlin result has deepened rifts in her conservative camp, with her CDU and their Bavarian allies – the Christian Social Union (CSU) – blaming each other within minutes of Sunday’s results.

The CSU wants to cap the number of migrants coming into Germany at 200,000 a year. Merkel has so far rejected such a ceiling, but sounded ready for compromise.

She said that if the wish of the German people was for the country not to be swamped with uncontrolled and unregulated migration, “then that is exactly what I am fighting for.”

Merkel is pushing for a European solution to the migration challenge by securing the continent’s external borders, coming to an agreement on migration deals with countries like Turkey and distributing refugees across Europe.

The anti-immigrant Alternative for Germany (AfD), which with 14 percent of the vote will enter its 10th of the country’s 16 regional assemblies, said it would target a double digit score in next year’s national vote after the “terrific” Berlin result.

“More and more people are convinced and recognizing that we are a real alternative, not just for Berlin but for Germany,” AfD co-leader Joerg Meuthen told a news conference in the capital.