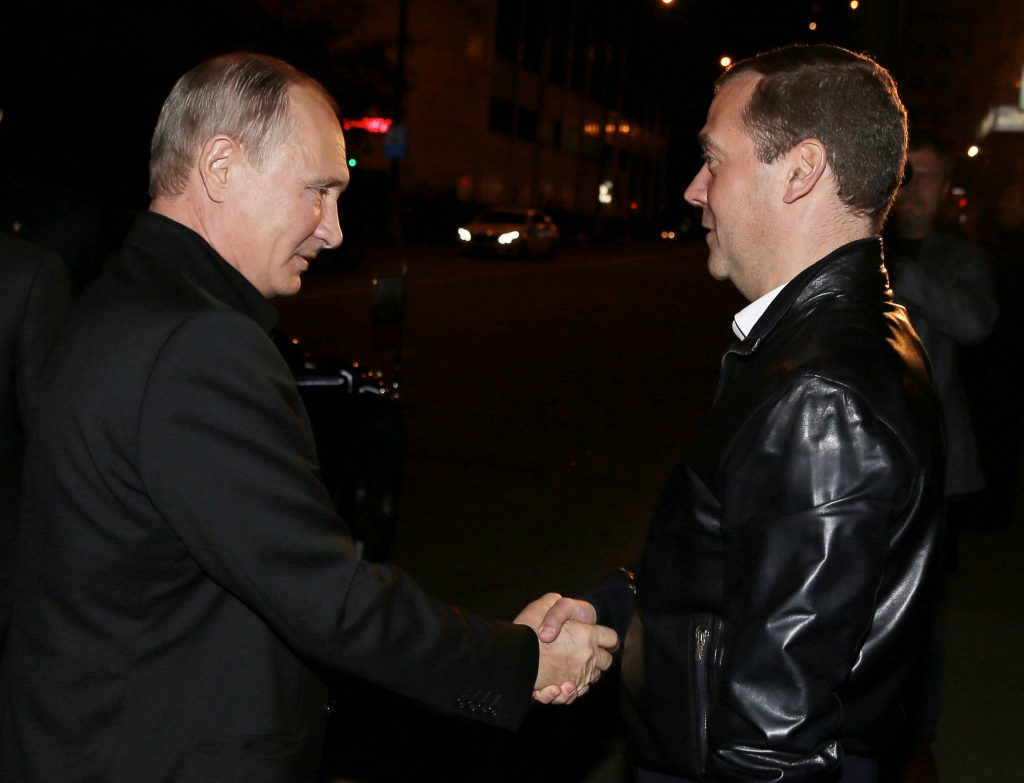 Vladimir Putin’s political allies won a landslide victory in a parliamentary election in Russia, near-final results showed on Monday, paving the way for Putin to run for a fourth term as president in 18 months if, as expected, he chooses to do so.

The ruling United Russia Party, founded by Putin almost 16 years ago after he first became president, was on track to win 343 seats or 76 percent of 450 available seats in Russia’s Duma, the lower house of parliament, the Central Election Commission said, after 93 percent of ballots had been counted.

That is up from 238 seats in the last parliamentary election, in 2011, and would allow United Russia to change the constitution, although Putin can run again under the existing one as he was prime minister between his second and third terms.

Liberal opposition parties failed to win any seats, after holding just one before.

Not everything went Putin’s way though. Near-complete results showed turnout was around 48 percent, down from nearly 60 percent in 2011, suggesting apathy among some Russians and a softening of enthusiasm for the ruling elite.

“We can say with certainty that the party has achieved a very good result; it’s won,” Putin said at the United Russia headquarters, where he arrived together with his ally, Dmitry Medvedev, who is prime minister and the party’s leader.

Alluding to the spluttering economy, which is forecast to shrink this year by at least 0.3 percent, Putin said: “We know that life is hard for people, there are lots of problems, lots of unresolved problems. Nevertheless, we have this result.”

Putin’s aides are likely to use the result as a springboard for his own re-election campaign, though he has not yet confirmed he will seek another term.

According to the near-complete official vote count, the Communists were on track to come second with 42 seats, the populist LDPR Party third with 41, and the left-of-center Just Russia Party fourth with 21 seats.

All three of those parties tend to vote with United Russia on crunch issues in parliament and avoid direct criticism of Putin.

Sergei Neverov, secretary of United Russia’s General Council, hailed the result on Monday as an endorsement of Putin and his policies.

“We are grateful to our people … for supporting United Russia, a party founded by Vladimir Putin, for backing a course that is being implemented today by our president,” Neverov told a news conference.

Dmitry Peskov, Putin’s spokesman, told reporters the “overwhelming majority” of voters had come out for Putin, handing him what he called “an impressive vote of confidence.”

There were some reports of voting irregularities.   After the last election, in 2011, anger at ballot-rigging prompted large protests in Moscow, and the Kremlin will be anxious to avoid a repetition of that.

Election officials said on Monday that turnout was nearly 48 percent, substantially lower than the 60-percent turnout at the last parliamentary election.

Commenting on the turnout, Putin, at the United Russia campaign HQ, said it was “not as high as we saw in previous election campaigns, but it is high.”

The return of an old voting system, under which half, rather than all, deputies were drawn from party lists with the other half decided by people voting for individuals, appeared to benefit United Russia. Near-final results showed it won 140 votes under the list system and 203 seats from the constituency system.