Regional What We Know So Far About Ahmad Khan Rahami
Regional 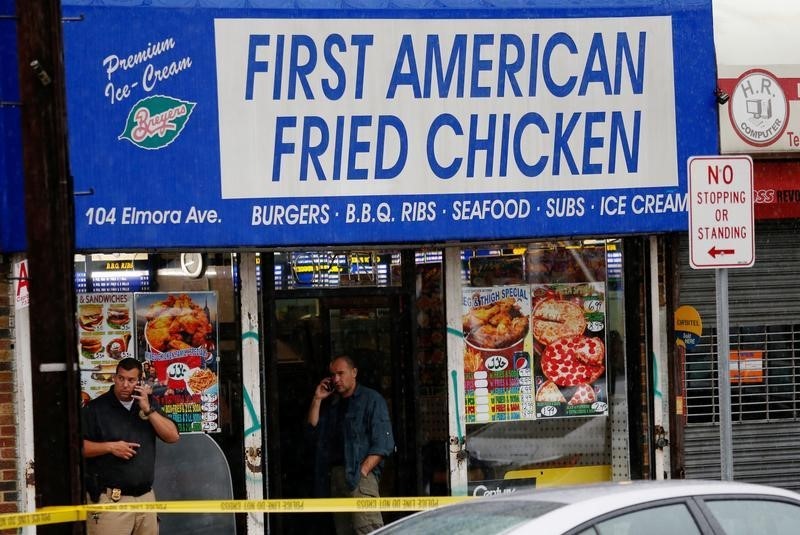 Following a shootout on Monday, police captured a man they suspect of planting several bombs over the weekend in New York and New Jersey.

Ahmad Khan Rahami, a 28-year-old naturalized U.S. citizen from Afghanistan, was shot by police in Linden, N.J., and he was undergoing surgery, officials said. He was charged with five counts of attempted murder.

Here’s what we know about Rahami:

Rahami visited Afghanistan a number of times in the last few years and was questioned upon his return each time, a U.S. official told the Los Angeles Times. He raised no red flags, the official said.

HE WORKED AT HIS FAMILY’S CHICKEN RESTAURANT

Rahami worked as a cook at the First American Fried Chicken restaurant in Elizabeth, N.J., about 10 miles southwest of Manhattan.

Ahmad Rahami was one of several sons of the owner, Mohammad R. Rahami, who opened the restaurant in 2002. He could usually be found in the back, cooking up the chicken and burgers, a neighbor said.

“The older man, the dad, was a very nice guy. He was a well-known figure in the community and people respected him,” said Jonas Nunez, 58, who lives two doors away and runs a martial arts studio nearby. “Sometimes he would complain that he had to work seven days a week to support a large family.”

The Rahami family members were hard-working immigrants, pious, friendly and popular for their crispy fried chicken, Nunez said. The family were known to be devout Muslims and would break off from work to pray in back of the shop.

Marcella Perrotti, 44, owner of the Short Cutz salon half a block away, said the Rahami family members kept to themselves and did not mix with the close-knit group of local shop owners.

“They didn’t interact with us,” Perotti said.

Nunez said that Ahmad and his brothers were all chubby, and that one of the younger sons, Mohammad, had been a kick-boxing student at his school across the street. (Several members of the family are named Mohammad.)

“They were nice kids, but you never know what poison the younger generation will fall prey to,” said Nunez.

THE FAMILY CLAIMED ANTI-MUSLIM DISCRIMINATION AFTER NEIGHBORS COMPLAINED ABOUT NOISE

In 2011, Rahami’s father and two of his brothers — Mohammad R. Rahami Jr., and Mohammad Q. Rahami — filed a lawsuit against city and police officials in Elizabeth, N.J., saying that the city had been harassing the family to shut down the restaurant.

When the restaurant first opened in 2002, it ran 24 hours a day, Elizabeth Mayor Chris Bollwage said at a news conference Monday, leading to noise complaints.

“There were young kids who would hang out and play music. There were cars stopping by, people leaving clubs to get a bite to eat,” said Nunez, the neighbor. “I wouldn’t say that it was anti-Muslim. It was more anti-neighborhood noise.”

“He didn’t want to follow the rules,” said Perrotti, the salon owner. “I guess he just had a problem doing that.”

Between 2008 and 2010, the city repeatedly cited the restaurant on complaints that the restaurant was breaking city ordinances by not closing by 10:00 p.m., according to the lawsuit.

The Rahamis said in the complaint that a local business owner, whom they also sued, harassed them over their religion and nationality, saying “you are Muslims,” “Muslims make too much trouble in this country,” and “Muslims don’t belong here.”

In June 2009, police arrested brothers Mohammad Q. Rahami and Mohammad K. Rahami Jr., after they complained to the officers trying to shut down the restaurant at 10:00 p.m., according to the lawsuit.

Only one of the brothers was charged in the incident, and Mohammad K. Rahami pleaded guilty to charges of interfering with an arrest and for operating past legal hours, according to court filings.