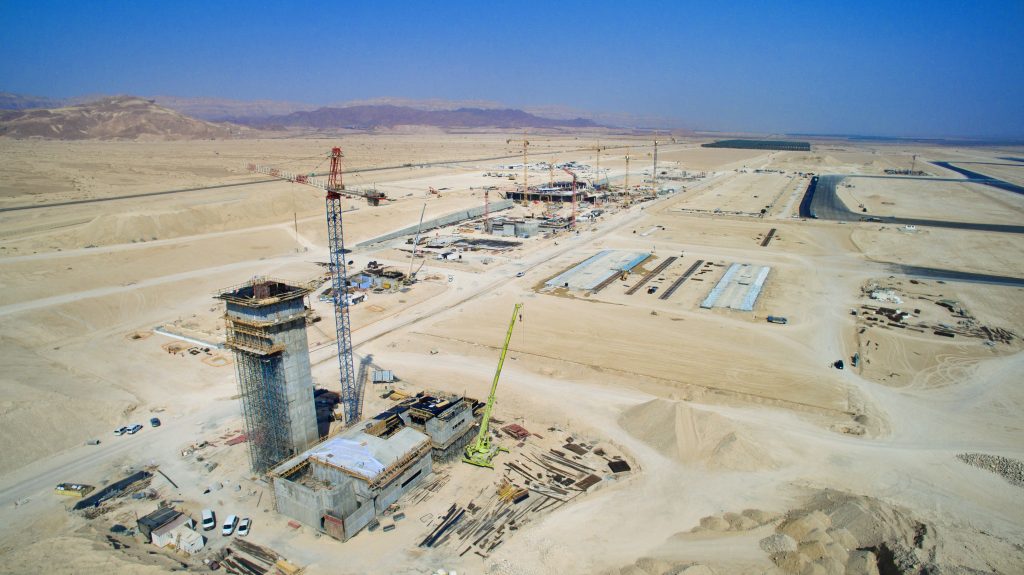 The cabinet approved Sunday an exemption from airport fees for all flights taking off to and from the Negev’s Ovda Airport. This measure is designed to encourage foreign airlines to operate flights to Israel. The exemption was granted following a proposal of Transportation Minister Yisrael Katz.

Katz said that the exemption for flights to and from Ovda would be granted until the Ramon airport – which will have a three-year exemption – goes into operation, and this incentive will encourage more flights to the airport. The new Ramon Airport in Timna, which will replace the old Eilat Airport, is scheduled to open in April of next year.

Tourism Minister Yariv Levin said, “I thank Minister Katz for bringing this proposal to the cabinet. It is another significant step for encouraging direct flights to the Eilat area, in addition to the €45 subsidiary introduced by the Tourism Ministry last year for every tourist during the winter.”

Levin was referring to the Tourism Ministry’s winter campaign, which will also be valid this year. In order to increase the number of tourists in Eilat, especially during the winter, the Tourism Ministry is granting a €45 subsidy for each tourist flying directly to Eilat. Last winter, 50,000 tourists flew to Eilat, with the subsidy amounting to NIS 7.5 million.

The cancellation of aviation fees is expected to encourage additional low-cost airlines to fly to Israel. If the airlines pass the fee exemption on to their passengers, it will mean a substantial discount on the price of a roundtrip ticket. Lowering ticket prices will on the one hand encourage tourism, but on the other hand will widen the gap between hotel prices in Eilat and the price of other tourist products in the town.

Statistics show that 70,000 passengers passed through Ovda Airport in January-August 2016, 163 percent more than during the corresponding period in 2015.

In another move for the benefit of the airports in the Negev, Katz announced that when the Ramon airport opens, Israeli passengers flying to and from Eilat on internal flights will be able to make duty-free purchases and buy products tax-free, similar to the existing duty-free exemption on international flights at Ben Gurion Airport. The duty-free section at Timna, currently under construction, will include tax-free stores selling alcohol, cigarettes, clothing and food items, among other things.

“The purpose is to strengthen Eilat, and make Israelis prefer it to overseas destinations. I’m convinced that a great many Israelis will prefer Eilat as an alternative to other places,” Katz said.

The new Ramon Airport in Timna, which will replace the old Eilat Airport, will be Israel’s second international airport, mainly for flights to and from Europe and internal flights. The terminal will have a capacity of two million passengers annually, with parking facilities for wide and medium-bodied airplanes, operations areas, roads and a parking lot for 600 private vehicles.

In case of an emergency, the Ramon Airport can also serve as an alternative airport.