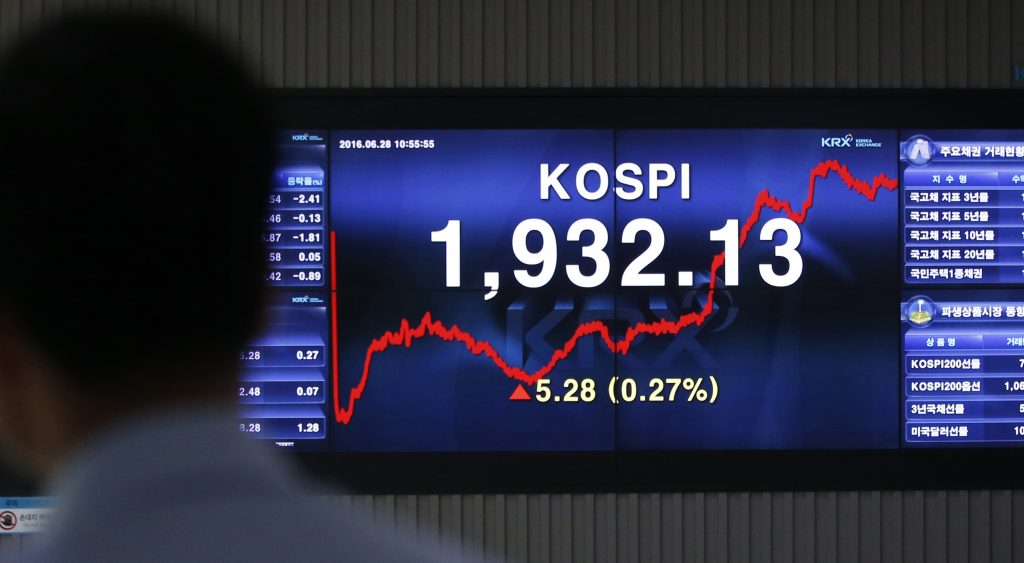 Asian stock markets were moderately higher on Monday as investors awaited the outcome from the Federal Reserve and Bank of Japan policy meetings later this week.

“World markets appear to be taking this week’s Fed meeting seriously. While the Fed may not go as far as lifting its rate this week, it remains possible that it could move to a more explicit tightening bias,” said Ric Spooner, chief market analyst at CMC Markets.

Investors do not expect the Federal Reserve to raise interest rates when its policymakers end the two-day meeting on Wednesday. But they will scrutinize its statement for implications about the future rate hike. The Bank of Japan is expected to expand its monetary easing when it meets Tuesday. Some analysts believe the Bank of Japan may increase asset purchases up to 100 trillion yen a year from the current 80 trillion yen, or take its negative policy rate to minus 0.3 percent from minus 0.1 percent.