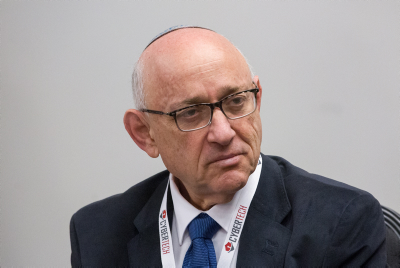 Criticism from both the right and left of the just-signed security aid deal between Israel and the United States is out of place, according to Yaakov Nagel, Deputy Chairman of the National Security Council and the chief Israeli negotiator on the $38 billion ten-year security aid deal. Critics on the left who claim that Israel could have gotten much more in assistance are incorrect and not based on reality, while critics on the right who say that the deal will ruin Israel’s security industries are being inaccurate.

“Ever since I returned from the signing ceremony in the United States I have been exposed to irresponsible disinformation in the media, by spokespeople and politicians who are largely unfamiliar with the negotiation process and the agreement’s details,” Nagel said in a statement. “Unfortunately, much of the criticism, including from those who currently or in the past held senior positions, is completely detached from reality.”

Among the loudest of those critics is former Prime Minister Ehud Barak, who in several speeches and statements over the past week has said that Prime Minister Binyamin Netanyahu shortchanged Israelis on the deal with the U.S. Netanyahu’s “reckless” and “irresponsible management of the relations with the White House is now fully manifest,” Barak wrote in an op-ed in the Washington Post. “Israel will receive $3.8 billion a year — an important contribution to our security but far less than what could have been obtained before the prime minister chose to blatantly interfere with U.S. politics.”

According to Barak, Israel could have gotten much more from the U.S., as much as $4.5 billion a year over the ten years of the deal. The reason for the lowered amount that Israel got in the end was because of Netanyahu’s address to Congress against the Iran deal, instead of trying to come to an agreement on the matter directly with President Barack Obama. “Everything was on the table and waiting, but Netanyahu chose to stomp into American politics and missed the opportunity,” Barak said. “Netanyahu’s conduct causes major damage to the country … Netanyahu himself does not answer my arguments matter-of-factly, but responds in a frightened and childish way.”

Nonsense, said Nagel. “The prime minister never promised the security establishment the wild numbers that have been bandied about. The Defense Ministry actually built its budget on a figure of $3.1 billion a year in aid, while the actual deal will provide an additional $400 million.” It is also untrue, as Barak claimed, that top defense officials are livid over Netanyahu’s “failures. In fact, the negotiations were followed and encouraged by them throughout, until the signing,” he said.

The deal that was signed was the largest amount of aid offered by the U.S., Nagel said. “A counter-offer from Congress offered Israel $3.4 billion in military aid for 2017,” in a deal that would have to be renewed annually if Israel chose to take the “Congressional track” for aid, instead of the administration’s ten-year deal. “Claims that much more could have been achieved are completely baseless.”

Meanwhile, criticism from the right that the deal will destroy Israel’s military industries are also inaccurate, Nagel said. Under previous deals, Israel was allowed to spend as much as 30 percent of its U.S. aid package on local production, but according to media reports that option is no longer available in the new deal – with Israel now required to spend all the money in the U.S.

Not quite, said Nagel. While the deal eventually would have Israel spend all the aid money in the U.S., that does not kick in until the seventh year of the agreement, “so the Israeli defense companies have nearly a decade to prepare for the changes. In fact, I received many words of praise from the heads of defense firms in Israel, who are very aware of the benefits of the deal,” he added.