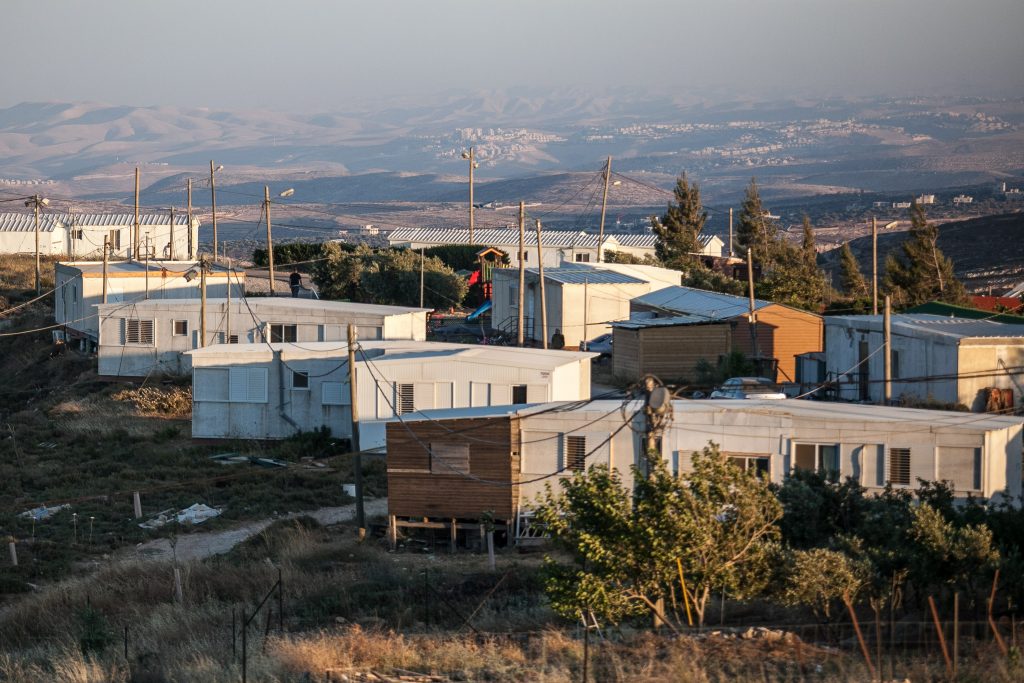 Twenty-four MKs from the Likud on Motzoei Shabbos met to discuss the fate of Amona, as it appeared that attempts to relocate buildings that were built on disputed lands to other areas fell through. The MKs, among them nine ministers, signed a petition demanding that the government pass a proposed law that would legalize the community.

The petition demands that the government approve a law “to legally arrange the homes in outposts and to prevent a moral, human and social tragedy that would result from the evacuation of hundreds and thousands of families who built their homes with the approval of governments of Israel.” Bitan said that “there is no point in just passing a law to protect Amona, as in February we will face a challenge to another 11 homes in Efrat. Thus we need an overall law to arrange the legality of these homes.”

Last week, Defense Minister Avigdor Liberman said that there was no alternative to removing Amona. “There is no way the community can remain in place, as a definitive High Court ruling on the matter exists. We are a country of laws and the laws must be followed.” Public Security Minister Gilad Erdan echoed Liberman’s comments, saying that “even if we have criticisms, the High Court’s ruling must be carried out.”

In June, Zohar proposed a bill that would postpone the demolition of homes against which orders to demolish have been issued for as long as seven years, allowing the owners of the homes to sort out legal issues without becoming homeless. According to Zohar, “we must do everything we can to prevent harm to the residents and allow the state time to prepare for evacuations. It’s unreasonable to evict Jews overnight based on a court ruling. A seven-year delay is logical and proper, especially in cases where no ownership of the land can be proven.”