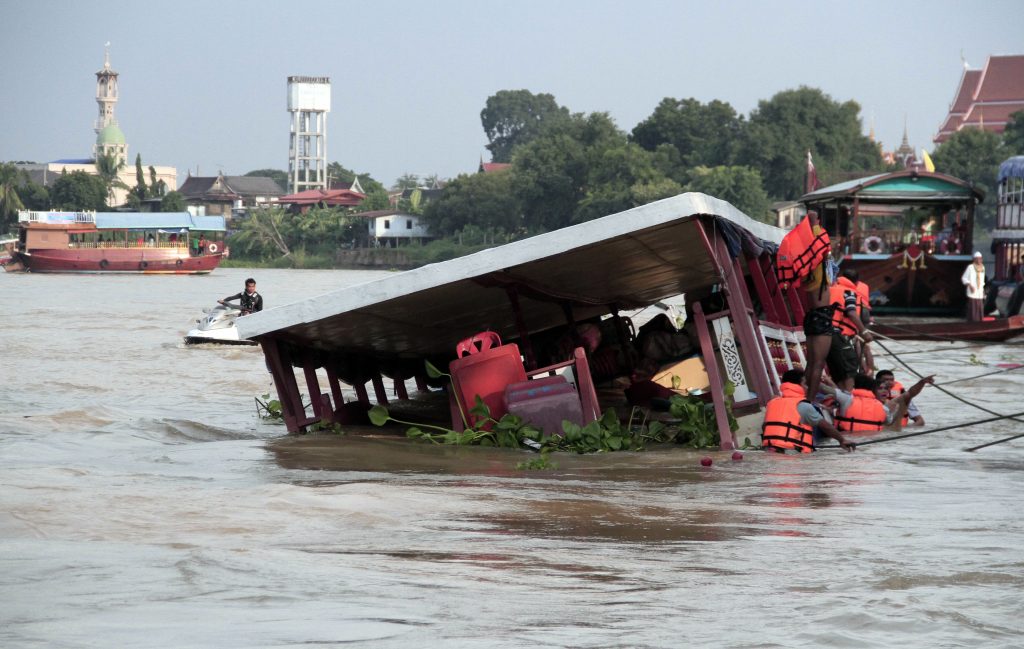 An unknown number of people were still missing after the accident, which occurred when the boat was involved in a collision Sunday afternoon. It was not immediately clear what the boat had collided with.

Channel 7 and other stations reported that more than 30 people were injured in the accident, which occurred in Ayutthaya province, 50 miles north of Bangkok. Channel 7 said 13 people were killed.

No foreigners were reported to be among the victims.

Rescue efforts were continuing Sunday evening, but were being hampered by rain and darkness.