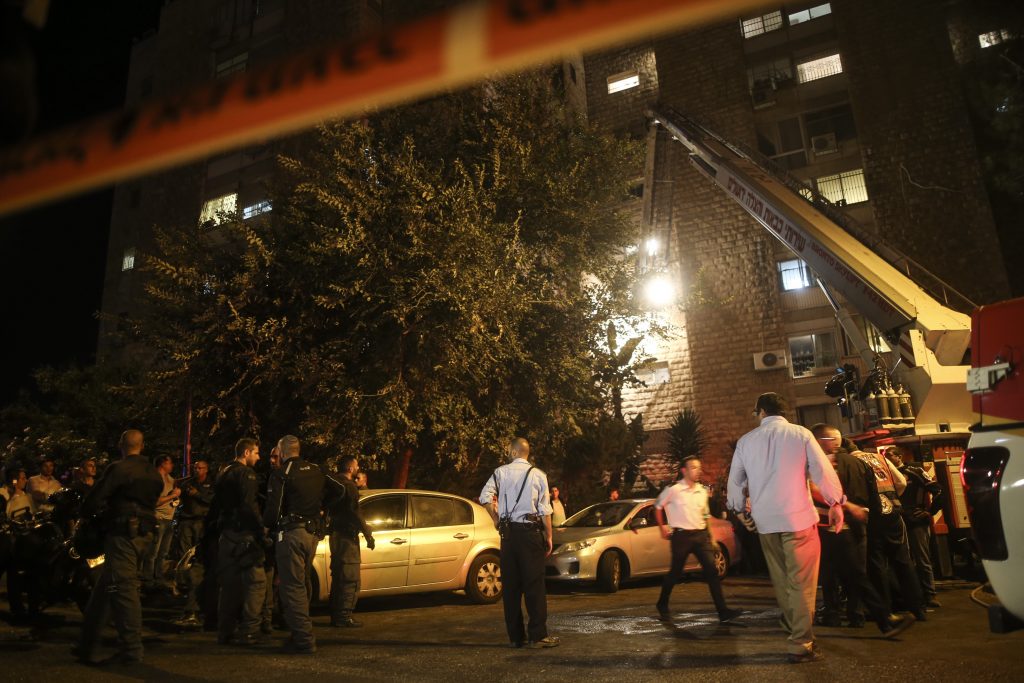 A fire in the Yerushalayim neighborhood of Givat Mordechai injured 23 people, including children and infants, according to initial reports.

The fire broke out on Sunday evening in an eight-storey residential building in Givat Mordechai.

Magen David Adom paramedics who were called to the scene evacuated the victims to the Shaare Tzedek Hospital and the Hadassah Ein Kerem Hospital.

Six firefighting units were at the scene to extinguish the blaze.

A spokesman for firefighting services said that there was an unconfirmed report of an explosion before the fire, which is being investigated.