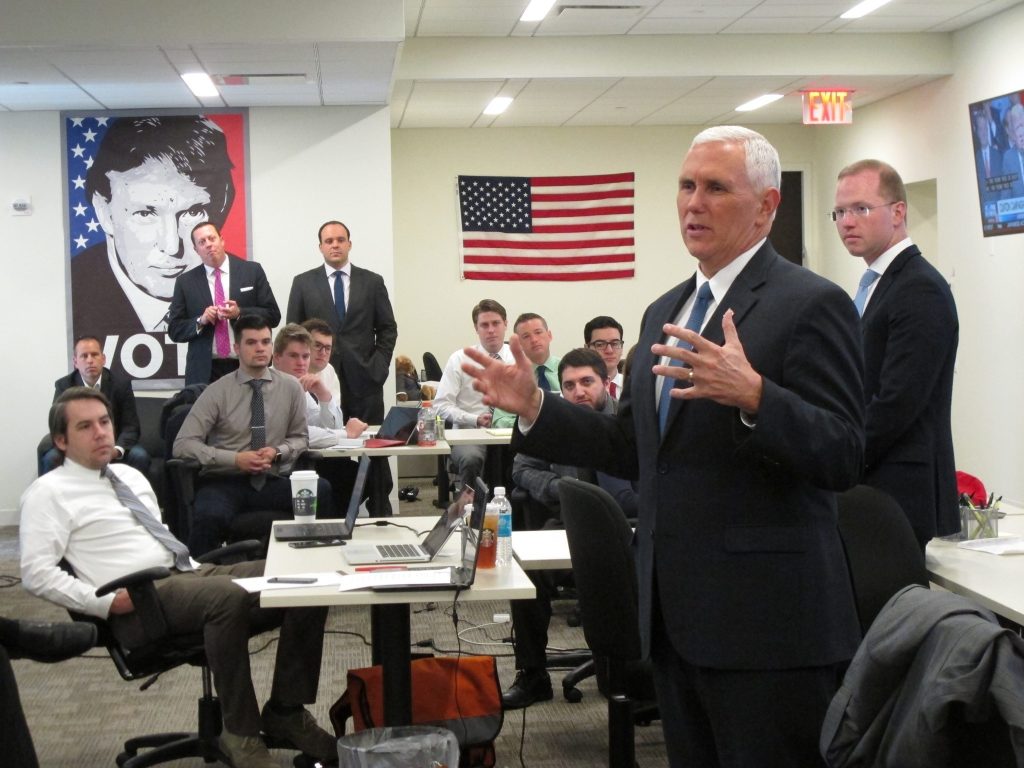 Donald Trump, who has made a hard-line stance on immigration a centerpiece of his presidential campaign, asserted Saturday that “not one more American life should be given up in the name of open borders.”

“All across this country, dining room tables have an empty seat because the government abandoned its duty and has not enforced its basic laws,” Trump told a gathering of the Remembrance Project, a group founded to remember those killed by people living illegally in the U.S. and to press for tougher laws. “This has to end. This will end if I become president.”

Two dozen members of the organization sat behind Trump as he spoke, and several told their stories, often gruesome, of how their loved ones lost their lives. Trump has appeared with members of the group several times, including during the speech to lay out his immigration policy in Arizona last month. He vowed to continue to “shine a national spotlight” on their work.

“Politicians ignore your cries but I never will,” Trump said.

Trump has long talked tough on immigration, deriding Mexico as a source of criminals in his campaign kick-off speech last year and vowing to build an impenetrable wall on the nation’s southern border. He is not proposing a pathway to legal status for people living in the country illegally, but has backed away from his call for the mass deportation of millions of people who have not committed crimes beyond their immigration offenses. But he also ruled out what he dismissed as “amnesty,” saying those who want to live legally in the U.S. will need to leave and head to the back of the line in their home countries.

Meanwhile, Trump’s running mate, Indiana Gov. Mike Pence, released a two-page letter from his doctor Saturday vouching for his “excellent” health, summarizing his medical history and results of a July physical exam. Pence, 57, released the letter after Trump, Democrat Hillary Clinton and her running mate, Tim Kaine, also provided some details of their medical history. The health of the candidates has become an issue since Clinton stumbled at a 9/11 memorial event and revealed afterward that she had been diagnosed with pneumonia.

Pence’s doctor disclosed that Pence had basal cell carcinomas — skin cancer — removed from his face in 2002 and 2010. He also had surgery in August 2015 to repair a hernia. The doctor said the only medication Pence takes is Claritin for seasonal allergies, he does not smoke or drink alcohol, has diet-controlled heartburn and exercises four times a week.