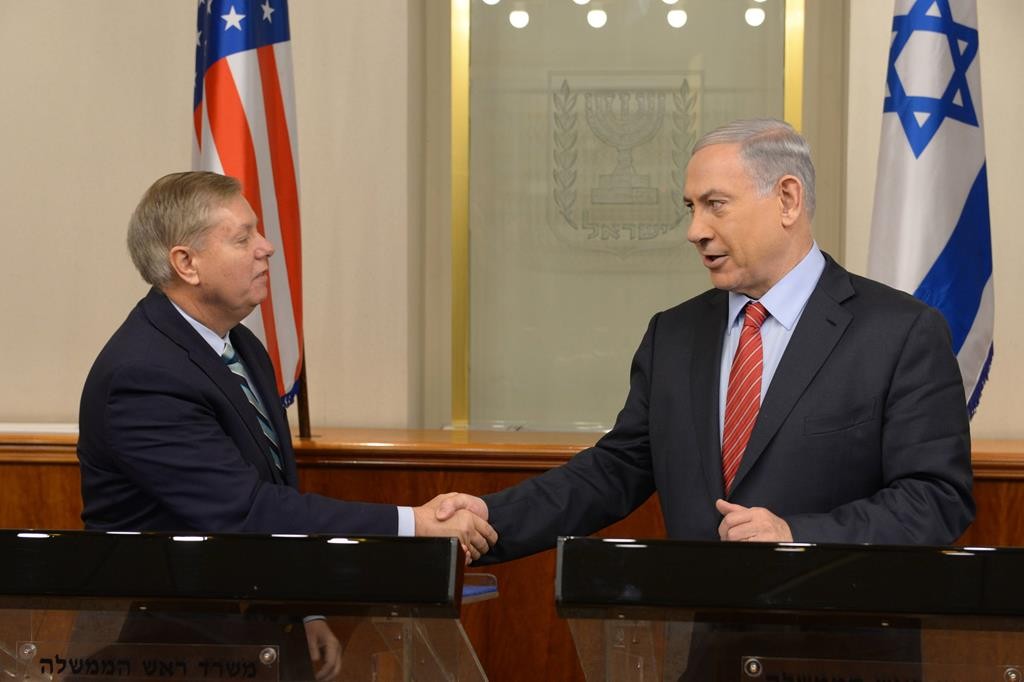 The Republican senator who oversees the U.S. foreign aid budget said Friday that Israel made a mistake by signing a new $38 billion security agreement with the Obama administration.

Graham said there is ample support in Congress among Republicans and Democrats for providing Israel with more military aid. And a new U.S. president, either Hillary Clinton or Donald Trump, would be more generous too, he said on a conference call arranged by the Jewish Institute for National Security Affairs.

“They left money on the table,” Graham said of Israel.

The security agreement, which begins in the 2019 budget year, is set to last 10 years and amounts to $3.8 billion annually. The current deal expires in 2018 and gave Israel $3.1 billion in military assistance each year.

Graham, who chairs a Senate Appropriations subcommittee, said Congress isn’t a party to the agreement and shouldn’t be bound by the deal. He said he intended to test in the coming weeks a provision that restricts lawmakers from providing for more money than the deal mandates by pushing for a supplemental budget that would give Israel an additional $1.5 billion over what the administration has proposed.

The Obama administration is trying to “neuter” Congress by undercutting its ability to appropriate money, according to Graham. “I will not stand for that,” he said.

Sen. Bob Corker, R-Tenn., the chairman of the Senate Foreign Relations Committee, seemed to side with Graham on that point. Corker said in a statement Wednesday that the agreement “sends an important signal about our long-term commitment to Israel,” but the amount of money “is ultimately up to Congress to decide.”

The U.S. and Israel signed the agreement Wednesday after months of negotiations conducted amid the tension between the two nations created by the nuclear deal with Iran. Netanyahu acknowledged the strain but stressed that the agreement proves that “relations between Israel and the United States are strong, powerful.”

Obama’s national security adviser Susan Rice, who witnessed the signing, called it a sign of Washington’s “unshakable commitment” to the security of Israel.

The total includes $33 billion in foreign military financing funds — which is money used to buy materiel and ammunition — as well as $5 billion in missile defense funding. Under the previous arrangement, Congress approved funds for Israel’s “Iron Dome” missile defense system separately and on an annual basis.

The new agreement eliminates Israel’s ability to spend a fraction of the funds on fuel for its military. In another apparent concession, Israel has agreed not to ask Congress to approve more funds than are included in the deal unless a new war breaks out, according to U.S. officials.

Graham said lawmakers this year wanted to give Israel $600 million for missile defense — $100 million more than the agreement proposes to provide in 2019 when the threats Israel is facing from Iran and extremists groups are expected to be even more pronounced. Graham said he also pushed for a $300 million hike in the foreign military financing account.

Iran, Graham said, will view the new agreement as a “watering down” of the U.S. commitment to Israel.