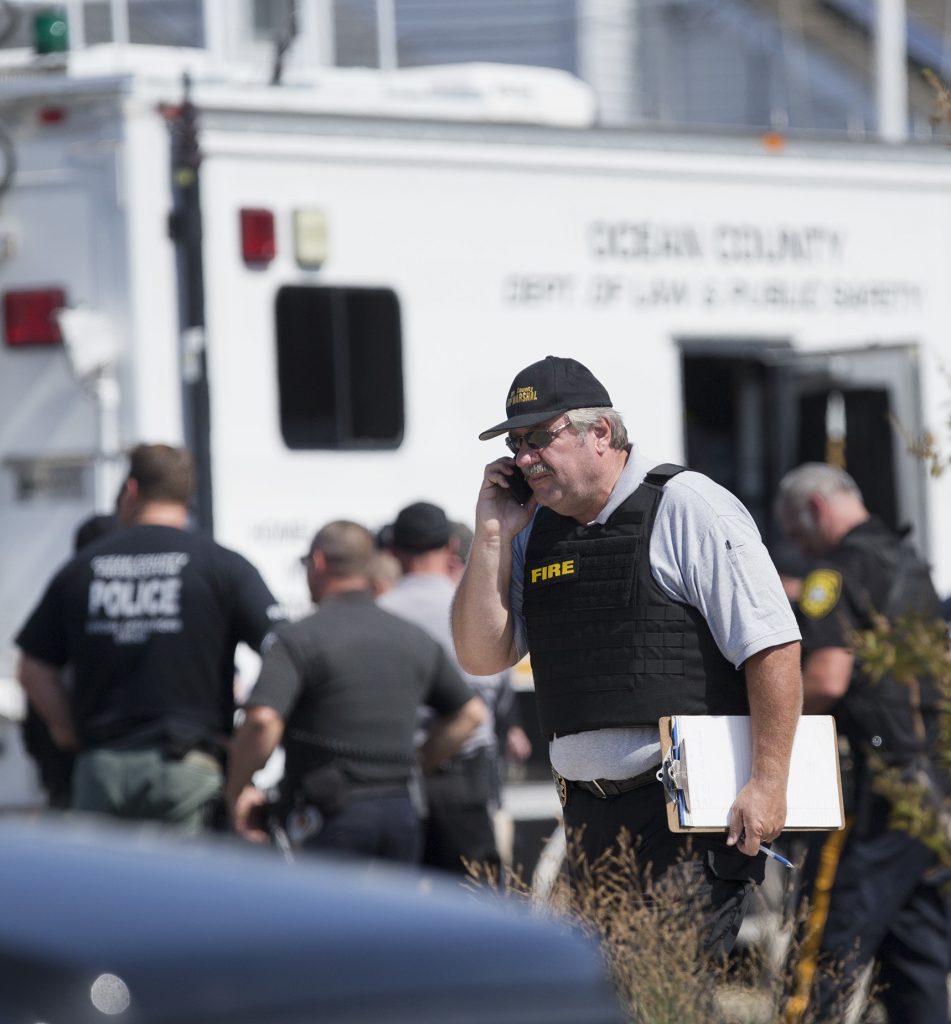 A pipe bomb exploded in a New Jersey shore town Saturday, shortly before thousands of runners were to participate in a charity 5K race to benefit Marines and sailors, authorities said.

No injuries were reported in the blast in Seaside Park around 9:30 a.m. Saturday, said Al Della Fave, spokesman for the Ocean County Prosecutor’s office. He said no surrounding structures were damaged.

The FBI has taken over as the lead agency in the investigation. But officials would not say whether they believe the incident was terror-related or if they suspected participants in the third annual Semper Five run were targeted.

Brad Cohen, the acting special agent in charge of the FBI’s office in Newark, declined to discuss the matter at length during a brief news conference staged Saturday evening. He also declined to take questions from reporters, citing the “active, ongoing” investigation.

The race had been scheduled to start shortly before the blast occurred, but it was delayed due to the large numbers of people registering for the race and reports of an unattended backpack being found. Della Fave noted that if the race had started on time, a “good number of people” would have been running past the area where the explosion occurred.

The race was canceled, and the immediate area was put on lockdown. Several homes near the scene were evacuated as a precaution, though those residents were allowed to return home early Saturday night. However, authorities said several beaches in the area would remain closed until further notice.

The pipe bomb was in a plastic garbage can when it exploded, Della Fave said, but the immediate area where the blast occurred was mostly empty at the time. Authorities immediately cleared the boardwalk and beach area, and bomb-sniffing dogs were used to search the area.

Shortly after the blast occurred, Della Fave told reporters at the scene that preliminary reports said there may have been other devices connected to the pipe bomb, but those devices apparently had not gone off.

New Jersey State Police said later in the day that bomb technicians “rendered safe” items located in a plastic trash can where the explosion occurred; they did not specify what those items were or provide further details, citing the ongoing investigation. They also said there was nothing to reports of another explosive device near the site of the explosion.

Chad Ruedin, who happened to be walking along the boardwalk when the blast occurred, told News12 New Jersey that he heard the blast and saw smoke coming from the garbage can and saw other debris in the area, though he didn’t know if those items were parts of the can and/or trash that had been in the receptacle.

“Working with the FBI and ATF, we are taking every step to ensure the safety of the public and to determine who was responsible for this explosion, which occurred at a time when runners in this charity race could have been in harm’s way,” Porrino said in a statement. “We are grateful that nobody was injured, but this is a serious act of violence against the people of New Jersey. We will not rest until we find the person or persons responsible.”

Congressman Tom MacArthur, who represents the area that includes Burlington and Ocean counties, described the person responsible for the incident as “mentally unhinged.”

He described the community as military centered, with lots of veterans and active duty military personnel. He said those in the area have been through a lot, with Superstorm Sandy and its aftermath, and now the bomb blast.

He said he’s confident law enforcement will find the person responsible. MacArthur said that person needs to be “tracked down and brought to justice.”

It wasn’t clear when the boardwalk and beach would reopen. Some other community events went on as planned in nearby towns on Saturday, though officials said security at those sites had been stepped up in the wake of the blast.

It wasn’t immediately clear if the charity race would be rescheduled.