Regional Officers Applaud NYPD’s Bratton as He Moves On
Regional 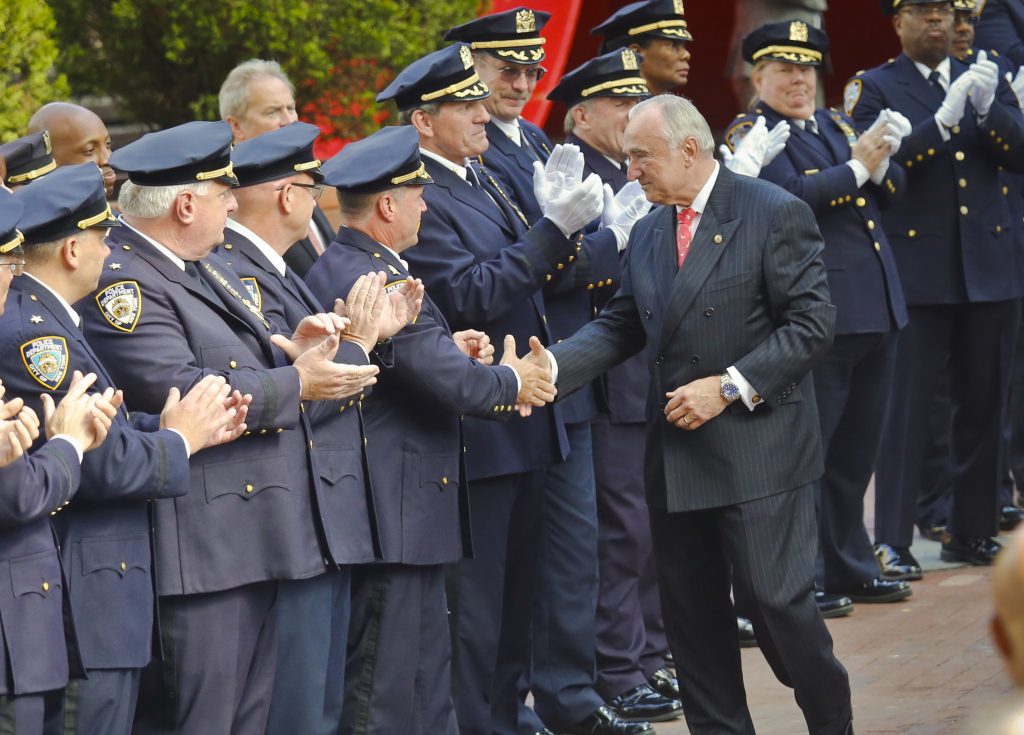 Hundreds of officers and commanders in dress-blue uniforms applauded and saluted Bratton as he left police headquarters during a ceremony Friday. Bagpipes serenaded the 68-year-old commissioner, who also led departments in Boston and Los Angeles.

Also on hand were several dozen protesters. Some yelled, “I can’t breathe!” That’s the phrase the late Eric Garner repeated as he suffocated during an arrest two years ago.

Over Bratton’s career he became known for trying to deter serious crimes by cracking down on smaller offenses, an approach known as the broken-windows theory of policing. A recent inspector general’s report found no correlation between the strategy and crime reduction. Bratton suggested the report was the work of “amateurs.”