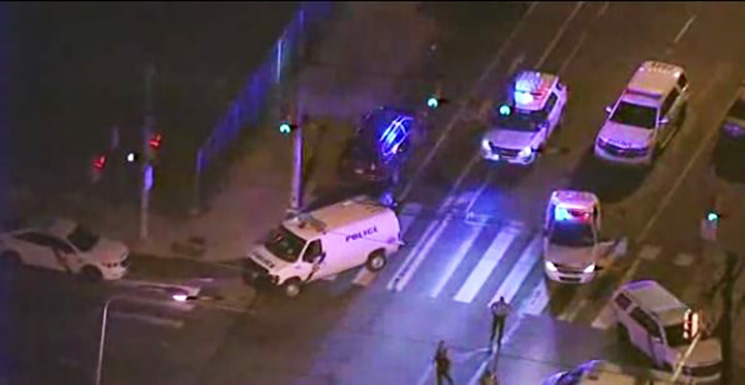 A gunman who wounded two Philadelphia police officers and three civilians and killed a fourth civilian appears to have been driven by hatred for the police but had no known ties to any terror groups, officials said on Saturday.

Police Commissioner Richard Ross at a news conference identified the gunman as Nicholas Glenn, 25, who had a long arrest record. Glenn began a shooting spree late on Friday and later was killed by responding officers, police said.

Sergeant Sylvia Young, a 19-year veteran of the Philadelphia Police Department, was shot “quite a few times” by the gunman as she sat in her vehicle late at night, Ross said.

“He clearly was trying to assassinate her,” Ross said at the news conference, which was broadcast by local media.

The two police officers and three wounded civilians were all in stable condition, police said.

The gunman left a rambling letter titled “doomed” in which he ranted against law enforcement and threatened to harm officers, police said.

The commissioner, though, said police have not determined a specific motive for the rampage, other than the general “ravings” against law enforcement expressed in his letter.

Ross said Glenn’s letter was a lot about himself, describing it as “rantings.” It referenced issues with a probation officer and “not being particularly fond of the police department.”

“The envelope was actually entitled ‘doomed’ and he was referring, I guess, to anybody who was going to be in his path last night,” Ross said, adding that it was found on his body.

Late on Friday, nearby officers heard the initial gunshots and began pursuing the suspect on foot. During the chase, the suspect fired shots into a restaurant, striking a security guard in the leg, police said.

He then used a woman as a shield before shooting her. He later fired into a car, seriously wounding a man and woman, police said.

One of the women was shot seven times and later died, police said. They did not say which woman.

The chase ended when the gunman exchanged gunfire with police in an alley, wounding a University of Pennsylvania police officer. The shooter was killed during the gun fight, police said.

It was the second time this year that a Philadelphia police officer was deliberately targeted by a gunman. In January, a suspect confessed to approaching an officer driving in a squad car and firing 11 times, seriously wounding him. The gunman, who was hit when the officer returned fire, later claimed he had pledged allegiance to the Islamic State terror group.

Police officers in the cities of Dallas and Baton Rouge were the targets of deadly ambushes earlier this year after police killed two black men in separate incidents in a Minnesota suburb and Baton Rouge.