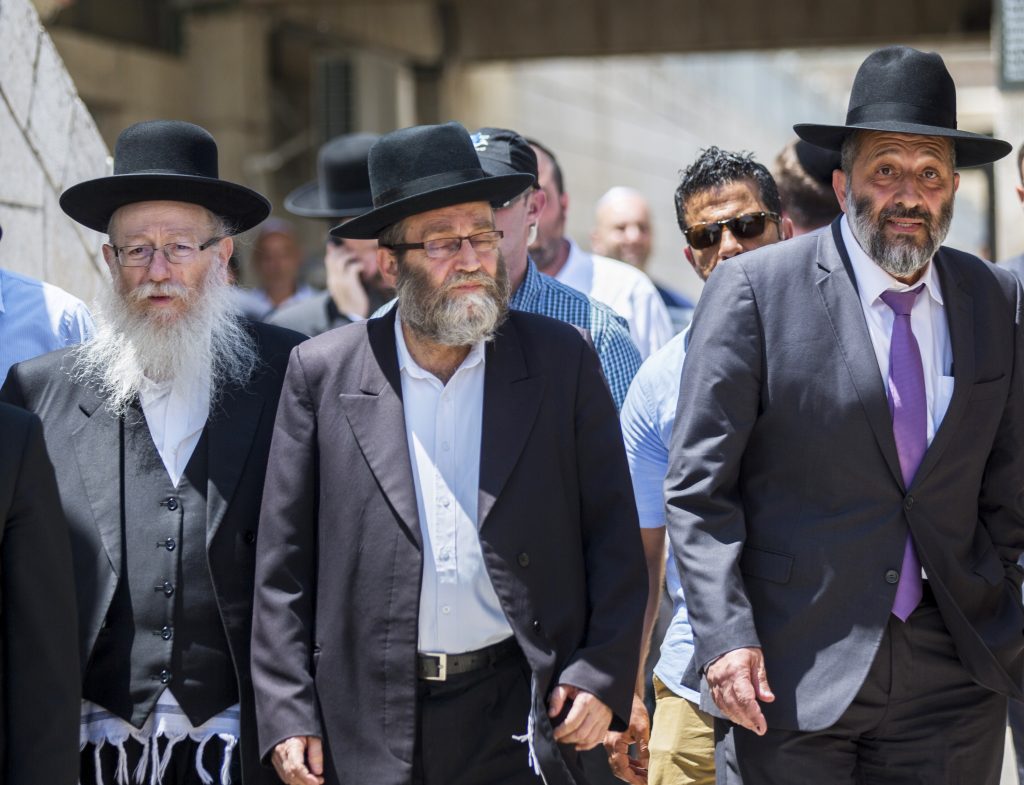 The leaders of the chareidi parties, United Torah Judaism and Shas, said they “fiercely oppose” the yet-again planned construction work this Friday night on the railway network.

The chareidi parties were angered by the fact that they were not informed of the scheduled construction, and found out after seeing a notification issued by the police Thursday afternoon informing the press and public of traffic closures for this Friday night.

They noted that since the crisis over the work on Shabbos began several weeks ago, “construction has been reduced significantly and a large portion of the workers are not Jewish.”

They said that they strongly object to the behavior of the police, “which is acting unprofessionally when it insists that the work be done on Shabbos when it could be done during the week.”

Rabbi Litzman, Rabbi Deri and Rabbi Gafni said they demand an immediate meeting with the police commissioner “to underline the gravity of the matter of blatant and unnecessary chillul Shabbos.”