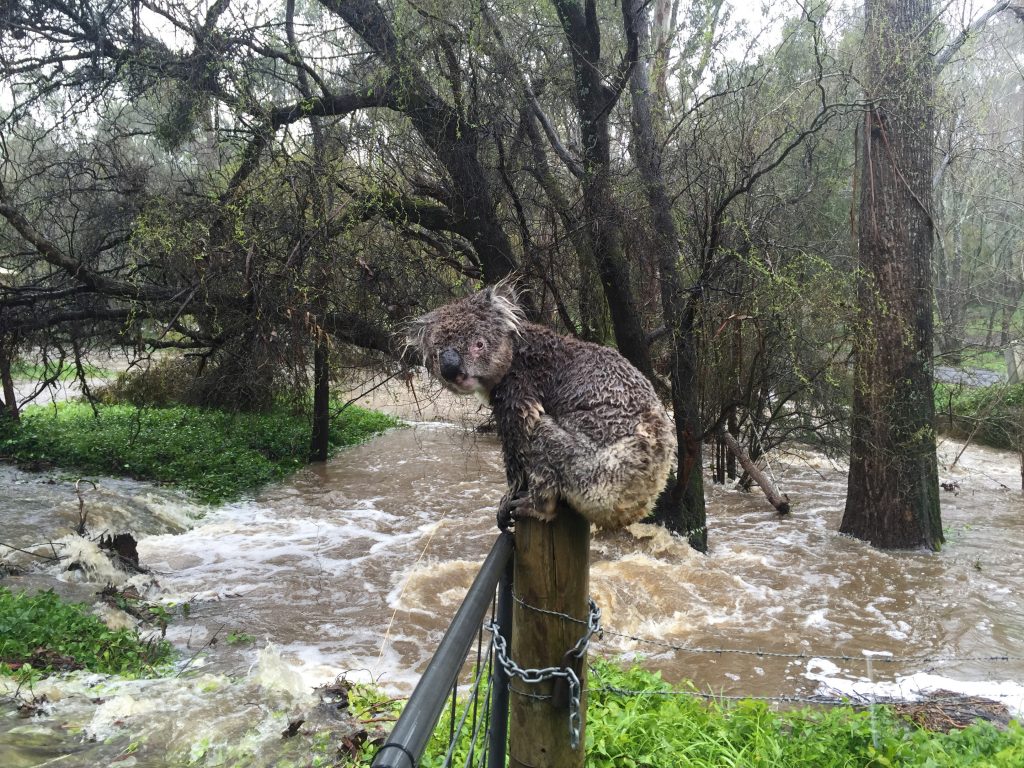 A rain-soaked koala has found fame after its attempts to escape floods in Australia by sitting on a fence post landed him on the front page of an Adelaide newspaper.

Plumber Russell Latter was driving between jobs in the town of Stirling when he saw the soggy marsupial sitting on the road, looking cold and wet.

“I stopped and guided him out of harms way and he spotted the fence and climbed to the top like he had done it many times,” said Latter, who quickly snapped a photo.

“He sat on top for a few minutes and then climbed down the other side and across some shallow flood waters to a big gum tree.”

The picture has since gone viral on social media after being used by The Advertiser newspaper on Thursday and featured on broadcast media.

Parts of South Australia and Victoria states were flooded on Thursday after heavy rain caused numerous rivers to swell.