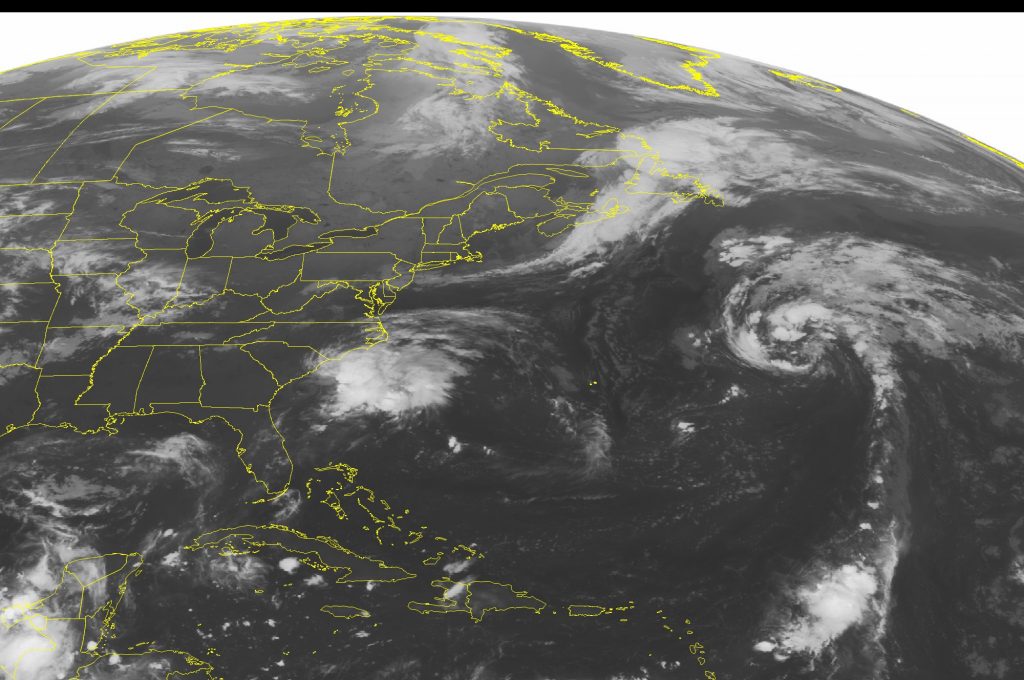 Julia has weakened to a tropical depression off the coast of Georgia and South Carolina, where it’s expected to meander for the next few days, dumping rain, but not posing major threats.

The depression’s maximum sustained winds early Thursday had decreased to near 35 mph with little change in strength forecast over the next two days. As of 5 a.m. EDT Thursday, Julia was centered about 60 miles south-southeast of Charleston, South Carolina.

Meanwhile, a new tropical depression has formed far out over the Atlantic and is moving west. The depression’s maximum sustained winds are near 35 mph with little change in strength expected over the next two days. It’s centered about 365 miles west-northwest of the Cabo Verde Islands.

Elsewhere, Tropical Storm Ian is moving north in the central Atlantic but still is no threat to land.