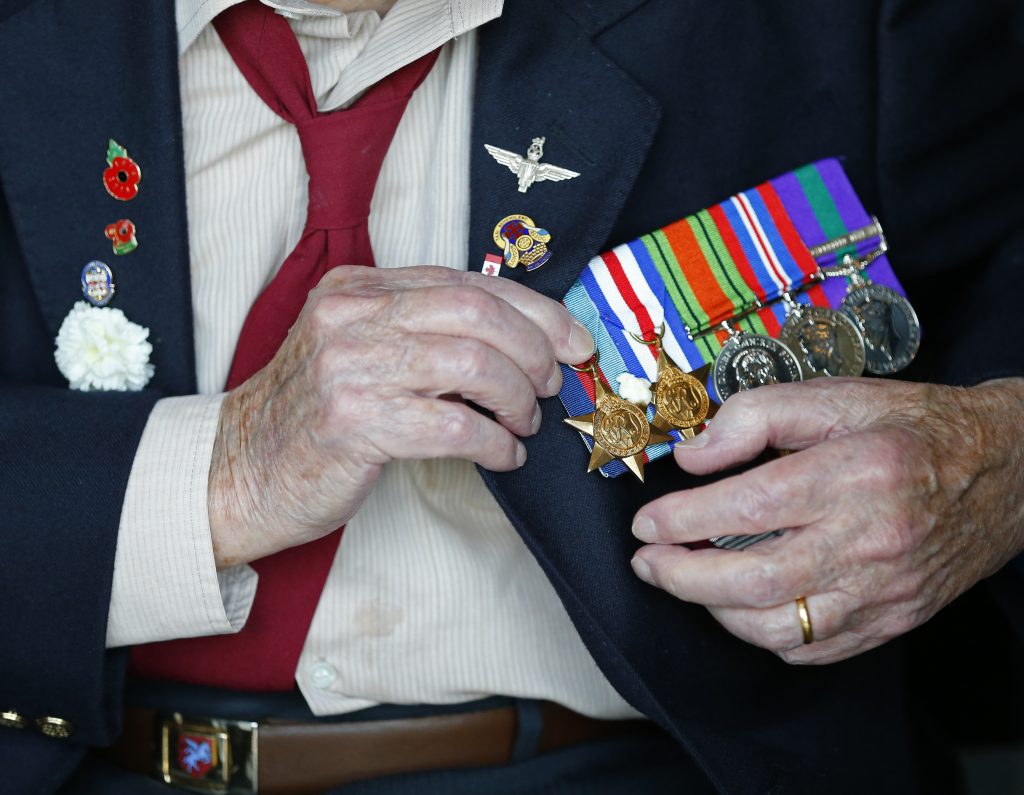 The Dutch defense minister has welcomed to the national military museum a historic U.S. flag flown on the stern of the boat that led the first American troops onto Utah Beach on D-Day.

The fragile flag was flown to the museum in a Chinook transport helicopter and greeted on Thursday by dignitaries that included a group of American World War II veterans.

Dutch businessman Bertram Kreuk, who bought the 48-star flag at an auction in Texas for $514,000, has loaned it to the museum.

Defense Minister Jeanine Hennis-Plasschaert says the flag “should remind us that freedom must never be taken for granted.”

The Dallas-based auction house that arranged the flag’s sale in June says the banner bears a bullet hole that is believed to have come from a German machine gun.