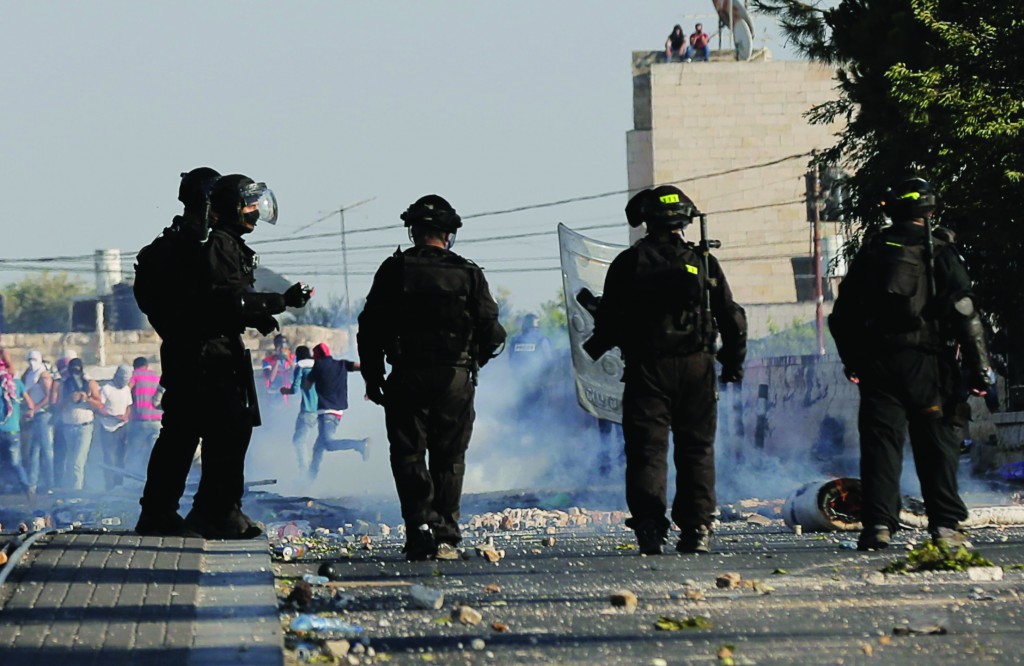 An Arab who attempted to illegally break through a police checkpoint and was shot by police has been indicted for negligent manslaughter in the death of his cousin, who was riding with him in the vehicle as it tried to get past police in the Shuafat neighborhood of Yerushalayim early Wednesday. Ali Namer’s “negligence and reckless behavior is shocking, and he is responsible for the outcome of the incident,” prosecutors of the Yerushalayim District Court said at a hearing on Namer’s indictment.

Police were forced to lessen the charges after a hearing on extending Namer’s remand earlier this week. The extension was granted after Namer was arrested for manslaughter, but the court said it was police bullets that killed his cousin Mustafa Namer, and that needed to be taken into account. As such, he could not be directly indicted for manslaughter, as it was an outside force that caused the cousin’s death.

An internal police investigation has exonerated officers for any responsibility in the death. Police acted within the bounds of their duty, and in as cautious a manner as possible, given the circumstances, the investigation said.

Ali Namer and his cousin, both residents of Shuafat, were driving outside the neighborhood in the early hours of the morning a week ago Monday. According to prosecutors, both were under the influence of alcohol and substances. Ali Namer, 25, was driving without a license as well. Police, who were dealing with a riot in the neighborhood, had blocked off entry for the duration, and the Namers were stuck behind a truck that was being turned away by police.

As the truck was backing away, Namer suddenly swerved around it and at high speed attempted to get past police. Police flagged him down and gave repeated warnings to stop, in Hebrew and Arabic, prosecutors said, but they refused. Police, fearing that they were to be the victims of a car-ramming terrorist, shot at the vehicle, killing Mustafa Namer and injuring the driver.

“It was Ali Namer’s negligence and impatience, coupled with his driving under the influence – [and] without a license – that killed his cousin,” prosecutors said. “This negligence caused the death of a man who was unable to avoid the circumstances of his death.”