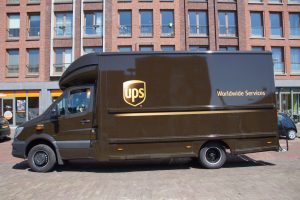 It’s not even officially fall yet, but delivery companies and retailers are making their hiring lists for the year-end shopping season.

UPS said Wednesday it will add about 95,000 seasonal workers to meet the demand from increased online shopping. Many of the full-time and part-time jobs will be package handlers and drivers.

That’s close to last year’s pace, when United Parcel Service Inc. estimated it would hire between 90,000 and 95,000 seasonal workers. Delivery rival FedEx Corp. has not yet announced its plans.

Toys R Us also said Wednesday it has begun taking applications for part-time seasonal jobs in stores and distribution centers. A spokeswoman declined to give a nationwide figure but said the retailer expects to add at least 10,900 workers in five of its biggest markets: New York, Los Angeles, Philadelphia, Chicago and Washington, D.C.

Earlier this week, Target Corp. said it would hire more than 70,000 seasonal store workers – about the same as last year as well.

While hiring for the year-end shopping season has been flat to down in stores, it is rising for transportation and warehousing services – part of the trend toward more online shopping, according to workplace consultant Challenger, Gray & Christmas. Target, for example, also said it would add 7,500 people in fulfillment and distribution centers.

Challenger expects overall year-end-shopping-season hiring by retailers to be unchanged from last year. In 2015, retailers added about 738,800 seasonal jobs, down 1.4 percent from the year before, according to government figures.

Atlanta-based UPS expects the volume of packages for delivery to pick up in November and last through the gift-return season in early January.

Many applicants view seasonal jobs as a way to earn extra money for the holidays. UPS tries to make the jobs more enticing by noting that about one-third of seasonal hires eventually land year-round jobs at the company. CEO David Abney started as a part-time package loader while in college.

Privately held Toys R Us, based in Wayne, New Jersey, said that 15 percent to 20 percent of its seasonal workers catch on permanently.