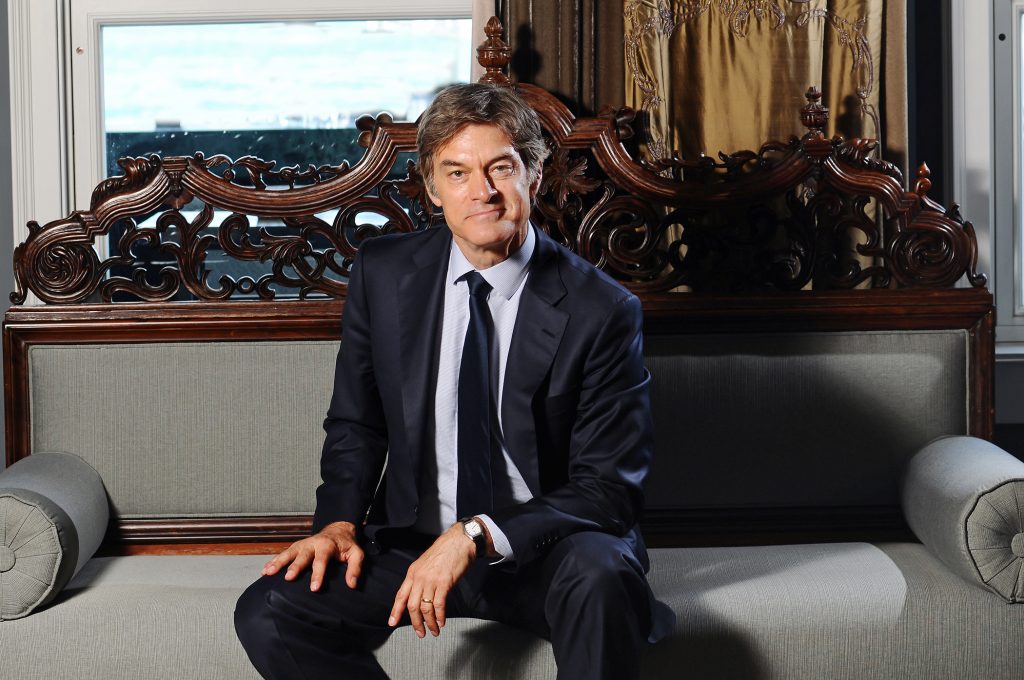 Donald Trump on Wednesday handed over a one-page summary of his recent physical on a celebrity doctor’s show — but the campaign won’t reveal what was disclosed.

Trump, ever the showman, appeared on Dr. Mehmet Oz’s show in what was billed by the campaign as a discussion about his general well-being and his family’s medical history. But reversing what aides had said earlier Wednesday, Trump handed host Mehmet Oz a one-page summary of results from a physical conducted last week by his longtime physician, Dr. Harold Bornstein.

The show does not air until Thursday and the campaign declined to immediately disclose the results. But a release from the show said that “Dr. Oz took Mr. Trump though a full review of his systems”, including his nervous system, cardiovascular health, and family medical history.

Both Trump and his Democratic opponent, Hillary Clinton, have been under increased pressure to release detailed medical records, especially after Clinton was diagnosed with pneumonia and was captured on video stumbling, getting into a waiting van at a 9/11 memorial ceremony Sunday.

Bornstein had previously written a note declaring the 70-year-old Trump, if elected, would be the healthiest president in history. He later said he had written the letter in five minutes as a limousine sent by the candidate idled outside.

The campaigns of both Trump and Clinton, 68, have said that their candidates would be releasing detailed medical records in the coming days.

The appearance with Oz came hours before Trump was to visit Flint, Michigan, to condemn the government failure which led to that city’s water crisis.

It’s the Republican presidential nominee’s first visit to the poverty-stricken city since lead was detected in its water supply in April 2014. He is expected to visit a water plant and a church while denouncing the crisis that affected 100,000 people after the city left Detroit’s water supply and started using improperly treated Flint River water.

Flint Mayor Karen Weaver, a Democrat, made clear she did not want him to come, saying the campaign had not offered to help the city and his visit would be a distraction.

Flint was under state control in 2014 and Michigan’s governor, Rick Snyder, a Republican, has come under scrutiny for his handling of the crisis. Trump has declared Flint’s water problems “a horror show” and said “this is a situation that would have never happened if I were president.”

The visit to Flint, where most residents are African-American, comes as Trump has increased his outreach to minorities. He has argued that Democratic policies have left inner cities impoverished and dangerous and has taken to asking voters of color, “What have you got to lose?” in voting for him.

Weaver said she would be in Washington on Wednesday to lobby for federal aid. After months of Republican resistance, the Senate is moving ahead on a $10 billion water projects bill that includes $220 million in emergency funding for Flint and other communities beset by lead-contaminated water.

Clinton remained in her suburban New York home Wednesday as she continues to recover from pneumonia. She is expected to return to the campaign trail on Thursday. Next week, she plans to meet with foreign leaders next week at the U.N. General Assembly in New York, her campaign said Wednesday.