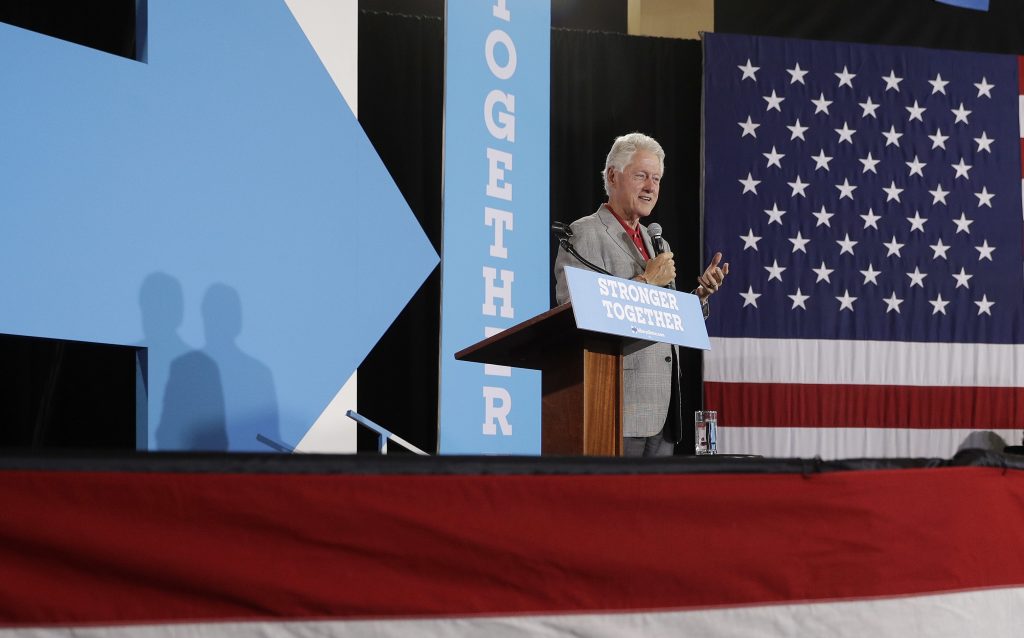 Hillary Clinton is “recovering well” from pneumonia and remains “fit to serve as President of the United States,” her doctor said in a letter released Wednesday by her campaign.

The health details made public by the Democratic presidential nominee included a description of the pneumonia diagnosis Clinton received last week Friday. Her illness became public after she left Sunday’s 9/11 memorial service early and was seen on video staggering while getting into a van.

Facing criticism about a lack of transparency when it comes to her health, Clinton’s campaign promised to disclose more detailed information about her health this week.

The letter released Wednesday by the campaign stated that Clinton underwent a chest scan that revealed she had “mild, non-contagious bacterial pneumonia,” according to Clinton’s physician, Dr. Lisa Bardack, chair of internal medicine at CareMount Medical in Mount Kisco, New York. She was treated with a 10-day course of Levaquin, an antibiotic used to treat infections.

The letter says the illness stemmed from a bout of seasonal allergies that developed into an upper respiratory tract infection. Clinton’s pneumonia symptoms began around the start of this month, and she saw Bardack on Sept. 2 for a low-grade fever, congestion and fatigue.

Clinton was advised to rest and was put on a short course of antibiotics, but her condition worsened and she developed a cough.

The letter also notes that in January, during the run-up to the Iowa caucuses, Clinton received treatment for a sinus and ear infection that included placing a drainage tube in her left ear. A CT scan of her brain and sinuses showed no abnormalities and mild chronic sinus inflammation.

Bardack said Clinton is up to date on all vaccines, including two given to help prevent pneumonia — Prevnar and Pneumovax. The letter did not state when she received those vaccines.

“She is recovering well with antibiotics and rest,” wrote Bardack, who also authored a letter about Clinton’s health released in July 2015. “She continues to remain healthy and fit to serve as President of the United States.”

She takes thyroid and allergy medicines and the blood thinner Coumadin, prescribed as a preventative after she suffered a blood clot resulting from a 2012 concussion.

The blood clot, which was in a vein in the space between the brain and the skull behind the right ear, led Clinton to spend a few days in New York-Presbyterian Hospital and take a month-long absence from the State Department for treatment.

Clinton has spent the past three days out of the public eye, recuperating at her suburban New York home. She’ll return to the campaign trail Thursday, with a rally in North Carolina and a speech before a Hispanic group in Washington.

“I just talked to her — she’s feeling great and I think she’ll be back out there tomorrow,” former President Bill Clinton said Wednesday, when he stepped in for his wife at a previous scheduled campaign event in Las Vegas. “It’s a crazy time we live in, you know, when people think there’s something unusual about getting the flu.”

Vice presidential candidate Tim Kaine is in “overall excellent health,” according to a letter the campaign also released Wednesday from his doctor, Brian Monahan, the attending physician of Congress.

It said Kaine is active in his work and physical fitness. He has never smoked and his alcohol use is “modest.” He’s 5-foot-9 and weighed nearly 208 pounds during his last physical in February. An electrocardiogram of Kaine’s heart was normal with the exception of “left arterial enlargement.”

Trump, too, has said he plans to release the details of a recent physical this week. On Wednesday, he handed over a one-page summary of that exam, conducted by his longtime physician, Dr. Harold Bornstein, to Dr. Mehmet Oz while taping an episode of Oz’s show.