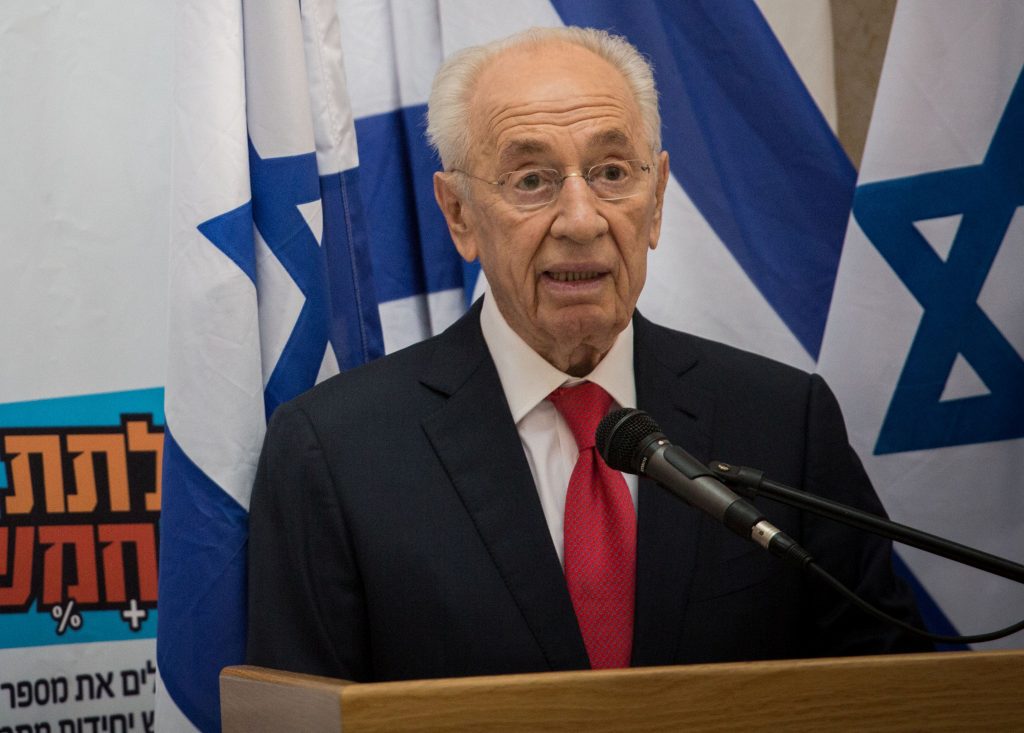 Former Israeli Prime Minister and President Shimon Peres was reported in serious condition at Sheba Medical Center in Tel HaShomer after suffering a stroke on Tuesday.

A CT scan showed a brain hemorrhage, and Peres was sedated and put on a respirator, and now undergoes medical treatment in the intensive care unit. The decision as to whether surgery will be necessary will be made according to his response to treatment.

Peres, a decades-long fixture in the Israeli Labor Party, was rushed to the hospital on Tuesday afternoon after he informed his doctor (also his son-in-law), Prof. Rafi Walden, that he was feeling unwell.

Ayelet Frisch, the former president’s communications consultant, said that Peres “woke up this morning at his home with palpitations and a feeling of constriction on his chest.” Peres had complained of chest pains and had difficulty breathing.

Peres’s son Chemi spoke to the media outside the hospital on Tuesday night, saying that his father had undergone a “difficult event.”

He thanked the hospital staff and Peres’s supporters for their expressions of concern.

“My father is a special individual.,” said Chemi. “I am remaining optimistic. Everyone is praying, please continue praying. We are hoping for the best.”

Israeli Prime Minister Binyamin Netanyahu called the hospital on Tuesday evening to ask about Peres’s condition and wish him a swift recovery.

The 93-year-old Peres spent two nights at Sheba in January for observation following tests that showed evidence of an irregular heartbeat. Only a week ago, Peres received a pacemaker and was discharged from the hospital afterwards in good condition. It was not known as of Tuesday evening whether there was any connection between the new pacemaker and his current medical crisis.

In a career spanning nearly seven decades, Peres served in a dozen cabinets and twice as prime minister, even though he never won a general election outright in five tries from 1977 to 1996.

He later served as president, a largely ceremonial role in Israel, from 2007-2014, before leaving government.

When Rabin was assassinated in November 1995, Peres became prime minister. Peres then lost the 1996 election to Netanyahu by a razor-thin margin.